Did grandma forward that joke to you?

Yes, but the dumb ass mother can't take care of it because the dumb ass father took off and the dumb ass state has to pay for it and the kid turns into a dumb ass. I don't see you adopting any kids who need a good home. You're too impressed by your wife's ability to pop a kid out of her pussy. Maybe if you had adopted there would have been one less kid out there who grows up to steal your Ford F-150. 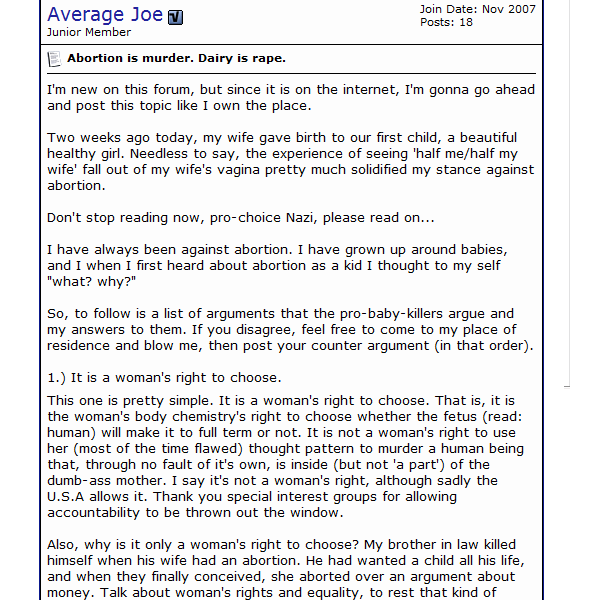 Yeah, and only one of those things did any good. 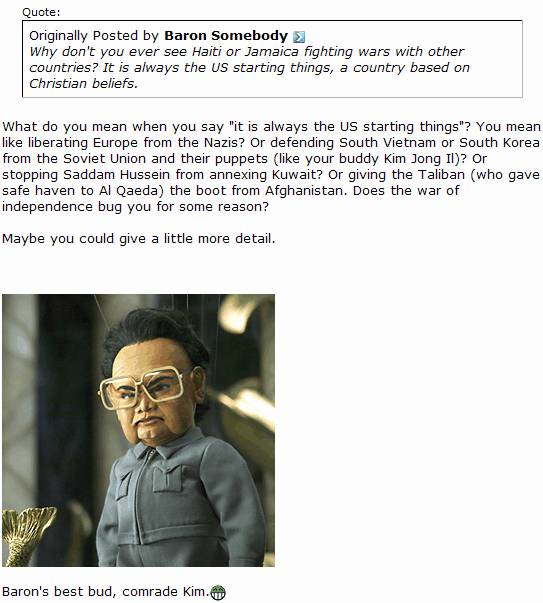 I love execution more than I love tiny GIFs of thumbs that I can use to express my fondness for that wonderful activity called execution.