Did you ever wonder where people who were too stupid for Something Awful post? Why, ICantLose of course. This is where Something Awful rejects congregate and spout off annoying catchphrases and discuss topics even more inane than those in our own General Bullshit. They still talk like Jeff K for crying out loud. In the following section I will pinpoint exactly what is wrong with these posts and why these people should be carted off to internet concentration camps.

Picture of some moron who wishes he could live in a Final Fantasy game. 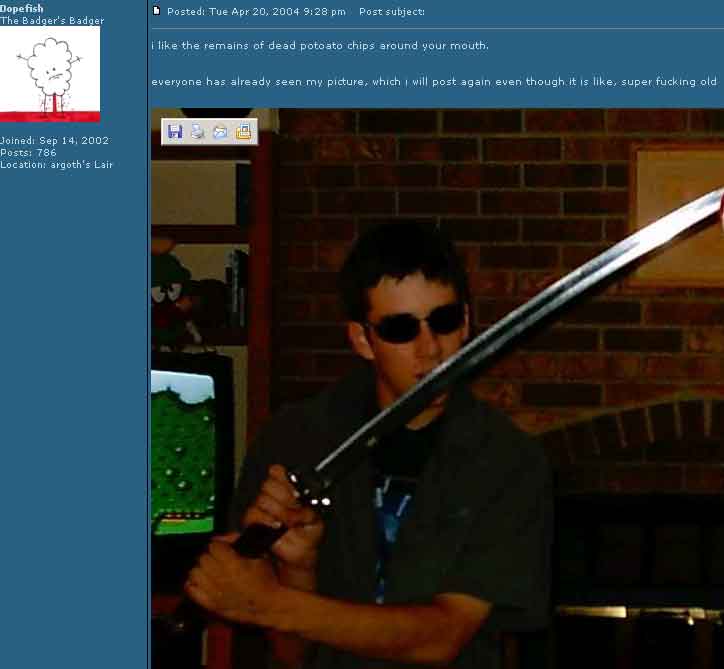