Foundation for the Law of Time

Tuesday, Aug 31, 2004 by Jedidiah (@notoriousamoeba)
Know of an awful site? Send it to us and become a hero!

Foundation for the Law of Time, submitted by m00es. The Mayans predicted that the world would end on December 21, 2012. Then their civilization crumbled. Perhaps it is indicative of the decline of our civilization that religious cults are springing up that base their beliefs around the Mayan calender. There are plenty of awesome things to base a religion on, but the calender of a people whose other major inventions include human sacrifice and self-mutilation isn't one of them. I predict a sharp decrease in the popularity of the Foundation for the Law of Time sometime around oh, say December 22, 2012. 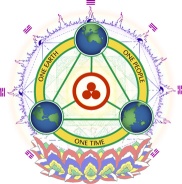 These people also have an incredible amount of merchandise you can buy. I know what my friends are getting this christmas.