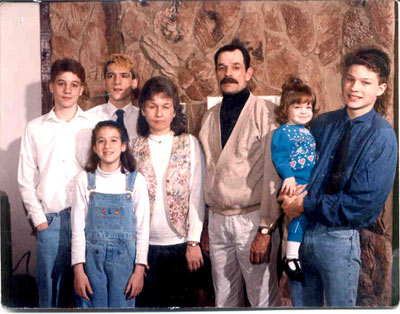 Glenn Miller for Congress, submitted by Flying-Nugs. Ahh, Missouri and racism, when won't you go together like Mason and Dixon? Glenn Miller represents just about everything that sucks about people, and he's running for office. Even his campaign slogan is a Larry the Cable Guy catchphrase.

White women have learned well thru experience and by societal norms that White men will not, and should not, protect them. After all, women have been liberated. They're equal. White men have been liberated from the historical duty to defend White women. ZOG's laws and jews-media's "political correctness" say's so. Defending White woman will be seen as racist. Let the cops defend them. So what if tens of thousands of them are raped and hundreds of thousands are assaulted yearly by black men. Neither the media, politicians, nor society makes a fuss about it. Why should I stick my neck out. Hell, I might be attacked myself if I get involved or even discuss the problem in public. Besides, I can always come up with an excuse. Play it safe. Don't get involved. Go with the smart money. Let somebody else "do it."

I suppose Miller isn't all bad, I mean he hasn't murdered anyone yet. Yet. I love that his political platform is basically "I hate everyone who isn't me." He even hates women for being equal. At least he likes Larry the Cable Guy.