Chapter 3: CrowfeateR: Master of All Media

Not only is CrowfeatheR a talentless, sexist, lowlife shit for brains, he also blogs! And tweets! And posts dumb shit on forums! Let's take a look at some of CrowfeatheR's other internet adventures, shall we? 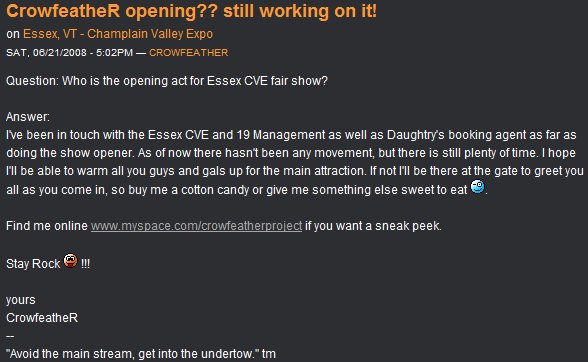 Here we have a blog in which CrowFeatheR tells us all how he's lobbying SUPER DUPER HARD to open for Daughtry at a state(?) fair. There are a few funny things here that might go unnoticed at first glance:

1) CrowfeatheR admits that neither Daughtry's management nor the people who are putting on the show have shown any interest whatsoever in having some random asshole open the show. He's still optimistic that he'll get put on a show with a very popular, national act with barely a month left to go before the show.

3) CrowfeatheR's trademarked catchphrase is "Avoid the mainstream, get into the undertow" because nothing says "avoid the mainstream" like pinning all your hopes and dreams on opening for a dude from American Idol.

From his Myspace page, reposted on LastFM. I DARE you to not have a brain aneurysm while reading this. 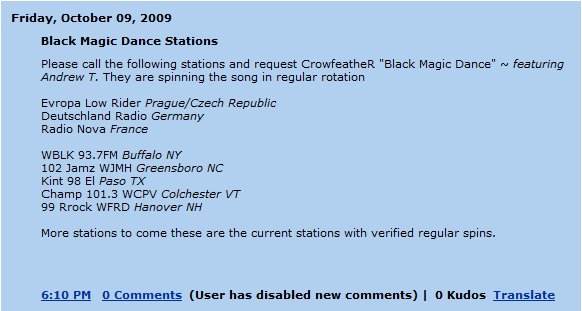 His Twitter is chock full of shit like this. By the way, I'm counting this one towards his "can't go longer than 2 minutes without mentioning eating a girl out" thing. 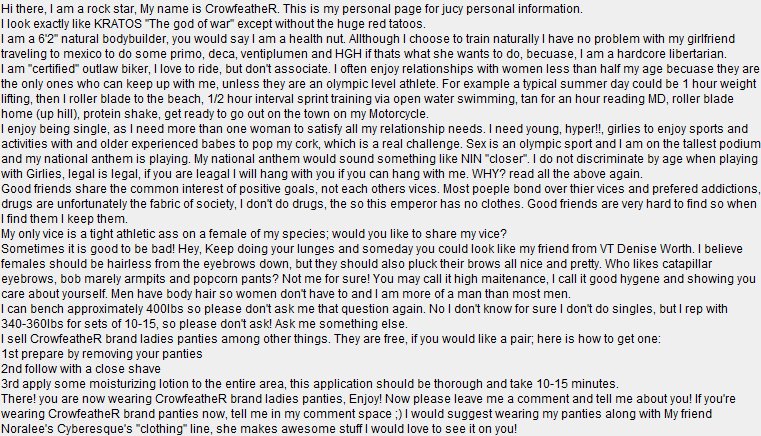 Oh. My. Fucking. GOD. Read EVERY WORD OF THIS or we can't be friends anymore.