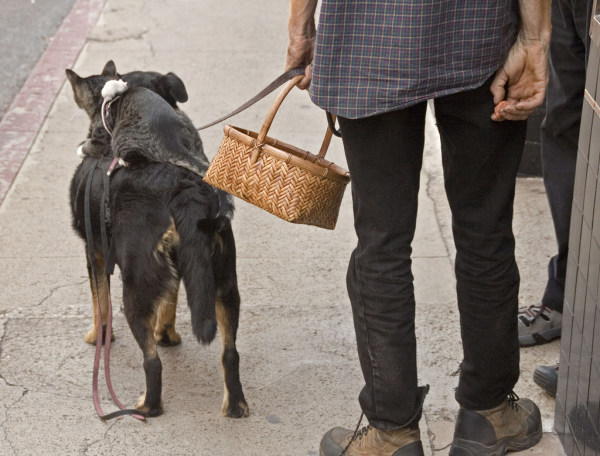 Two homeless guys in Allston, MA fighting in the middle of a busy intersection, (with a trolley in the middle of the intersection, as well) fighting each other like monkeys. One was wearing a dress and the other was carrying a handle of vodka. They beat the ever living shit out of each other while cars and the trolley just waited until one of the homeless guys TKO-ed the other.

Checking out at Petsmart, a chaperone had taken a group of mentally disabled people out to the store. One of them was in front of us in line, a stout bald black man wearing a green shirt tucked into pyjama pants with some sports emblem on them. Mounted on his arm was a ventriloquist's dummy in a suit and bow tie. He spoke and conducted the entire transaction through the dummy. He wasn't even good at it, but it was hilarious.

I have seen a man riding a bicycle through the streets of Osaka with a cat perched on his head.

I saw a man in a wheelchair ride an escalator.