The terrible musical Oliver gave us the saying "Food, Glorious Food", and since you are most likely an American using the internet, you will probably agree with its sentiments. It's important to realize, however, that not all food is guaranteed to have you singing and dancing with glee as if you were an annoying British orphan. When you screw up in the kitchen, the results can leave mental (or even physical) scars that will haunt you for the rest of your life. Enjoy this generous helping of stories from the forum goons about the food-related moments they would like to forget. Bon appetite! 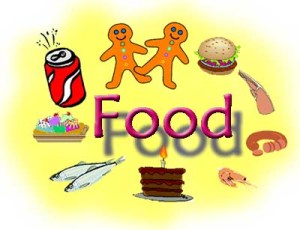 I was making chicken gravy tonight for dinner (there were other dishes involved). I usually make a big batch of the stuff and freeze smaller tupperware containers of it for later use, then defrost however many I'm going to use. Tonight I pulled two out, melted them in the pot, then served the gravy. On tasting it, my boyfriend commented that it was very good but a little different tonight, sort of tangy, and wanted to know what I was doing different. I couldn't come up with anything. I noticed the same thing but it still tasted pretty good, so we ate it. It wasn't until after dinner that I realized I had thrown a container of chicken gravy and a container of applesauce frozen from last winter (with at least half an inch of permafrost) in as well.

..he's still in the bathroom.

I'm rather blessed to do no wrong in the kitchen, but my brother...

My mom woke up early one morning to one of the worst smells either of us had ever experienced. It was wretched. The smell of moldy gym socks, death and vomit permeated the entire house. My mom woke me up to ask if I knew where it was coming from, and our curiosity grew. We searched the house, then found the culprit - the kitchen trash. Looking inside, we saw a large pile of rubbery-looking tortilla chips, but little else. We were in disbelief that such an innocuous material could smell so wretched.

It was time to wake my brother.

It turns out, he tried to make nachos. He had seen me do it a hundred times, so he figured he could swing it no problem. You take a handful of chips, sprinkle some cheese on top, microwave for a little while and presto-chango: Nachos!

The problem with his plan was that he tried using Parmesan cheese. The powdery stuff that comes in the green tube. He nuked the concoction, noticed the cheese wasn't melting, and kept trying. Eventually, he created some unholy mass of cheesestuff-and-chip, which he acknowledged smelled terrible even as he gave up and threw the whole mess away. Out first question was, "Why the hell didn't you throw it away outside?"

It was late, and he didn't think about it.

Then there was the time I was at my friend's house when we were 13 or so and really into Iron Chef. We decided to stir fry up some pork because we were hungry, but found out he had no oil. So ingeniously we used...lemon juice. Yeah, I still don't know what we were thinking. It was horrid and I think everything stuck to the pan so badly that we just threw it out.

I have failed at making perfect hash browns at least a dozen times. The worst attempt ended with oil-soaked hunks of burnt-tasting, raw-in-the-middle potato that my family choked down politely. Oh, and I forgot about the shredded wad (also oil soaked) with the consistency of worms. Ugh, I have no idea why frozen hash browns cook so much more easily. I even followed Alton Brown's directions...

I mixed up my raspberry syrup bottle with a wine bottle. They're both red and of a similar consistency. My chicken was so bad.

I decided the best way to make chicken soup was to boil chicken and broccoli in water. That's it.

Near the end of the semester last year, I was running out of money, and running out of food. It was dinner time, and I was hungry and started rooting through the kitchen to see what I had to eat.

I ended up cooking and mixing together:

Cooked everything in a pan, placed between two pieces of wheat bread and started to eat it. One of my roommates came out in the kitchen, sniffed and asked me "what's that smell?". And as I was forcing down a swallow I replied "the worst sandwich in the world".

It was truly revolting.