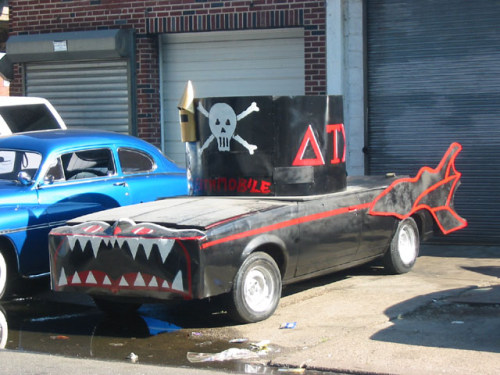 Every day on my way to work I see a black man riding a bicycle backwards. He sits with his back facing the handlebars and looks over his shoulder. I've seen people ride bikes for some distance without their hands on the handlebars but I didn't think it could be done backwards too!

I wonder where he goes every day.

I worked at Pizza Hut for a year or so back in the mid-90's, and every few weeks we had a lady that trained helper monkeys come by and get a table so they could take turns practicing feed her in restaurants. We also had a lady that came by every few months with a group of developmentally delayed adults come in. They were not socially adept, but that's what they were doing with her; being taught to get along and work in society.

One night both ladies happened to come by, and were sat next to each other. That was the most entertaining night ever.

I was at the market the other day and was in the cheese/turkey meat section to buy some sandwich mix when I notice the guy next to me opening packages of each and taking slices out of each of them. He sniffed them a couple of times and went on his way and just discarded the rest of the packages.

As I was checking out this man walked out with a foot-long sub and some sort of drink in a red party cup. I guess he ran out of money.

I once saw two women at an open cafe. One was in her mid 40's, and the other (who I assume was her mother) was much older. They were sitting on table on a very crowded area of the shopping plaza.

Then, the daughter just pointed at her mum, and started chanting "Witch" very loudly. The old woman just stood there blank faced and took it. 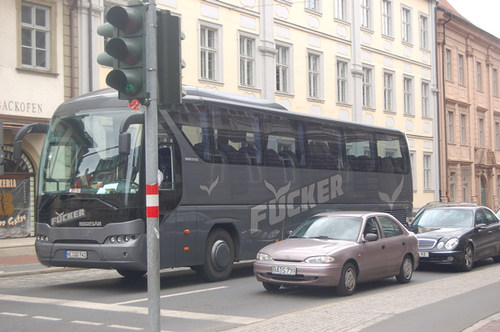 These stories were so frightening I don't think I ever want to leave my house again. Instead, I'm just going to cry, curl up in a ball and thank the forum goons for sharing their tales of the unexpected. Next week's Comedy Goldmine will have far less references to people crapping their pants, I promise you. I'll also try my best to reduce the amount of content relating to individuals pissing on themselves, but I won't make any promises right now. Join me next Tuesday for more smutty fun!