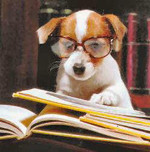 In an astronomy class I took a girl asked the professor about whether it was ethical to leave our probes on the Martian surface. I guess she was concerned that the native Martians would resent our despoiling of their planet's great natural beauty.

"Did dragons ever really exist?". In high school art 2 out of FUCKING NOWHERE.

I had this roommate my sophomore year who was writing an essay once, and asked me if she had to capitalize the characters' names every time she used them.

In a sociology class in my community college we were discussing populations. The professor asked the entire class, which was grouped, what they perceived the population of the US to be. 3/4 answered over 2 billion people.

"Nobody knows how or why Al Capone was born."

There was this one guy in my Freshman Astronomy class who asked the teacher if planets were all dead suns.

I really have to hand it to that professor for his patience with that guy.

Some girl in my Level 1 History class (I'm in New Zealand, so do NCEA, hence the Level 1) somehow started asking about what a Phoenix was. After explaining how it was a bird made of fire that could come back to life, she just stared at the teacher and asked, "So, is it real?".

I just couldn't believe that I'd heard that.