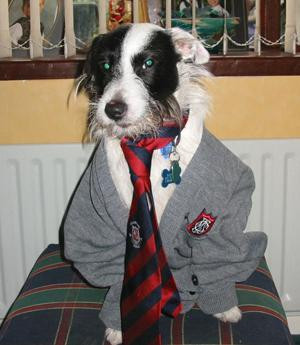 It was my senior year of high school, humanities class. We were watching a newer version of Frankenstein, since only about two people actually read the damn book, and the teacher wanted us to be responsible for the material. So the movie ends, and a girl sitting a few seats away from me decides to ask the following question:

One of the most awkward silences I've ever been a part of washes through the room, and after several seconds lurch by, the teacher asks this student if they're really wondering whether or not a book/movie about a scientist, who builds a man out of corpse pieces, gives it life and is ultimately driven to madness by said reanimated being, was based on fact.

Yeah, turns out that that was exactly what she was asking. Way to go public education system.

I once had to do a mini-quiz in German with this big doofy football player as a partner. Basically, we had to go on any German website, find a paragraph of any kind and translate the basic gist of it. He picked out a page, which was a news article about an Olympic footrace in the 90s or something. For whatever reason, Nelson Mandela was mentioned in the story. I helped out with the basic translation, of course, but he decided to do the writing.

Luckily, I was looking over his shoulder when he wrote that "Nelson Mandela won the race."

One I can remember:

Heard in the corridor once: "Narcolepsy? Ew, isn't that when you like dead people?"

This has reminded me of a kid named Derek, from my law school. Derek may have been the only person to have ever been kicked out of the same law school twice. Derek may have known what he was saying was stupid, but that didn't change things.

In discussing a case that is a dispute where one farmer shot a fox on another farmers land, "Who owns the fox's body?" Derek of course responded, "The fox's family."

One of my friends loved to regale me with stories of someone he knew only as "Stupid Question Girl" who took several classes with him.

The one that really sticks out in my mind is she wrote a 70-page paper on the modern history of the Middle East and she failed to mention Israel even once. He knew about it because the professor ridiculed her for it in front of the entire class.