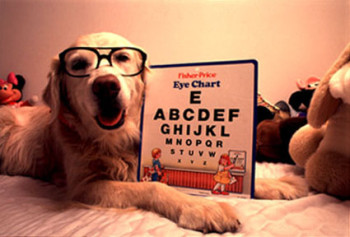 The worst thing I've seen was when no one answered in my Organizational Communication (I know, I know) class.

"From the years 1941-1945, there was a huge spur in communication research. What caused this?"

No one knew the answer and I died a little bit inside.

Back in high school, a girl in my class raised her hand in history class to say she didn't understand what the arms race was about. The teacher replied, well, it's exactly what it sounds like. She got this perplexed look on her face and just said, "Arms can't race!" and looked at her arm.

"D'ya think if I ate just French fries and water, I would lose weight?"

I told her to go for it, and waited for scurvy to set in.

To me, using Bunsen Burner

Girl: Hey! Turn off the gas, you are wasting electricity!

"September 11th was a big deal. They, like, closed the mall that day."

"So I told him, if you keep gettin' me pregnant, sooner or later we're gonna have a baby!"

On a biology test just a few weeks ago, I was handing in my test and happened to glance at one girl's answers to the following questions:

"What is the monomer of a carbohydrate called? (she left this part blank)

What is more than one carbohydrate monomer called? She wrote polymonomer".