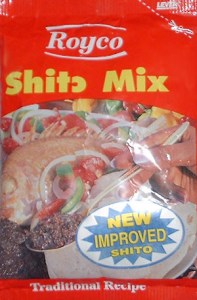 I was home from school sick one day, and was getting hungry, so I started some ramen. I had a headache at the time, and came up with the bright idea of advil ramen. I figured, "I like ramen, and I could use some advil. How can this go wrong?" Needless to say, dissolving advil tablets let off terrible fumes which are not the least bit appetizing. This wasn't one of my brighter moments.

I don't know if anything can top my husband's aunt's disasters. She was cooking a stew for a big family gathering and mixed up the amount of chilli powder the recipe called for. No, not a tablespoon and a teaspoon - she added a cup instead of a teaspoon. Yeah. She also mixed up garlic and tulip bulbs on another occasion. These incidents happened years ago, but the stories will never die. She is no longer allowed to cook for anyone but herself.

When I was about 8, I used to play with one of the neighbour kids. I had a sleep-over one time, and in the morning was informed that he was lactose intolerant, so he didn't eat his oatmeal with milk.

Instead he ate it with fucking lemonade, and I, for some reason, figured I was obliged to eat it the same way since I was the guest.

It's been 15 years and I can still taste the horror of watery and thin strawberry lemonade mixed with soggy oatmeal. Ugh.

My kitchen fuckups occur more because of a lack of manual dexterity rather than lack of observation or expertise. Example: when trying to make chocolate icing one time, instead of adding a dash of salt I fumbled the container and ended up with a mountain. I tried to scrape it off but that didn't work so well, and instead of just throwing out the half-made icing like a good girl I forged ahead anyway and ruined a batch of perfectly good cupcakes with the saltiest fucking thing I have ever ingested. It made my veins hurt!

Another fuckup was when I was busy making a full dinner (meatloaf and rice) and trying to do about eight things at once. Somehow I managed to spill an entire container full of uncooked rice into the meatloaf. Once again, I tried my best to scrape it out but it didn't work well and I thought, eh, fuck it, a few grains of rice won't ruin it and it'd probably cook inside the loaf. Oh god was I wrong. The rice was as hard and uncooked when it came out as when it went in, and somehow the offensively bland taste of uncooked white rice suffused what was in every other way a nice, perfectly seasoned meatloaf and made it taste as if it were composed of warm, chewy paper mulch. Somehow that death taste infected everything it touched, so that soy sauce, steak sauce and ketchup all turned hideous by mere contact with this horror of a meatloaf. We fed it to raccoons!

Not entirely my fault, though. When I was 15, I got up early one morning and zombie'd out to the kitchen for breakfast, getting a bowl and pouring dry cereal in it. Then I went into the fridge for the milk.

This is where it goes horribly wrong. I grab a half gallon milk container and return to the table, where my brother and sister are already blearily chomping away on their breakfast. I sit, and tip the milk carton to pour the milk into the bowl...

Out pours water and the large tail of a rainbow trout, which pops out at the end like a freakin' pinata prize. I'm really not awake and so I stop pouring and just stare at the trout tail cheerfully flying like a flag right in front of me. My siblings stop eating, spoons halfway to their open mouths.

They laughed for about half and hour at me, and I really can't blame them. Once I woke up fully I laughed myself.

My dad was an avid fisherman, and stored freshly-caught trout in half gallon milk cartons that had been cleaned and refilled with fresh water. Pop a few trout in, fill with water and freeze, and ya got yerself a nice troutsicle to thaw out for dinner at a later date, just peel the carton away.

After that I checked which cartons contained fish and which had milk.