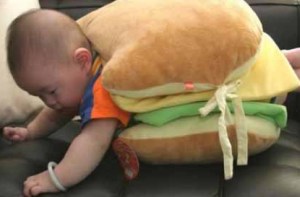 The Stew. Capitalization is required for this.

Last Christmas I was the only one in the house and I decided to take it upon myself to cook my own food rather than order out. My reasoning at this time was that I could probably eat better (wrong), cheaper (right), and healthier (WRONG) by simply going to the grocery store and picking up what I needed. This, combined with friends willing to offer recipes led to The Stew.

Potatoes, carrots, beef, onions, all these do a stew make. Beer, Worcestershire Sauce, French Onion Soup mix, a fine combination. The ingredients were not the problem. Nay, the ingredients made for a delicious smelling concoction which filled the recipient with a feeling of warmth typically reserved for after the meal. I was the only weak link in this chain.

I have never been what you could call "observant". I miss things, little things. Often I will assume that my current experience pales in comparison to the recipe or method I am using at the time. After all, these nice people must know cooking better than I. This is frequently where I go wrong - they typically neglect to customize the cook job based on environment or materials, and that seems to be rather important.

Stew goes in pot, pot goes on heat, heat goes on for a few hours, cook goes to sleep for the non-interactive bits. No problem, right? Wrong. 0330 - A sudden pungent smell of smoke followed by a phone call. Apparently my stew is no longer food, but rather some kind of smoking bog like substance typically found in a cheap fantasy movie. Bubbles were rising slowly, plopping through the glop as a pocket of swamp gas through a mat of duckweed, each one giving a birth cry akin to an oatmeal jacuzzi. I notice a thin stream of smoke emerging from the lid, and decide I should open it to determine the damage. This, in hindsight, could have easily been done outside. Smoke. Lots of smoke. More than should be physically possible. The kitchen now takes on a gray haze as the smell of burning meat takes root in every nook and cranny. The phone continues ringing. I get to the phone only to realize this is the one that can only receive, not send. I am listening to the alarm company informing me that there is a fire in my house, and can do nothing to make them feel better about the situation. They hang up, and I go right back to damage control without a second thought. Somewhere in Cozumel a man is awakened from his slumber to be informed his house may be on fire, but this is not my problem at the time. The stew goes in to containers to try and salvage, the carbon is scraped free from the metal. Sirens. Men on the steps. I go to see what is going on, already knowing the answer. The local fire department received an alarm call to this house and came to put out the non-existent fire. They hear my tale and laugh, this is not a new story to them. Apparently cooking fires are all too common, and usually the result of an inattentive chef trying something requiring more finesse than Ramen. They drive off, and I finish my cleanup.

I should point out at this time my sense of smell is rather weak. I can smell smoke if it is overpowering, but it will seem relatively faint and distant. I can tell if something is rotten, but only if I spend some time trying to make sure. I have to take the milk expiration dates on faith because I cannot smell the difference in regular and sour milk. This becomes important shortly.

The house is saturated in the smell of smoke. Burned meat is all you can smell if you come in. Sure, you can't smell it given a couple hours to burn out your senses, but that doesn't make it better. The house has now taken on a truly foul smell. I do not detect this. Three days later the parent returns home to see if he was justified in leaving me to house-sit while he was on vacation.

The rest of the story requires is unrelated to my cooking, but bears strong warning to those who would seek to cook without having to actually be there. It took one and a half months of continuous effort and exceedingly harsh and sometimes hallucinogenic chemicals to finally chase the smell from the house. To this day I catch hell from all my friends and relatives if I so much as go near a stove, referring back to what is now only known as "The Stew".

As for the stew? Horrible. That is all that needs be said.

I accidentally greased a glass baking dish for hamloaf with Pledge instead of Pam. We all wondered why the hamloaf tasted so odd, and it wasn't until after dinner when I was putting everything away that I realized what I did.

When I was 15, I was craving a grilled cheese sandwich after school one day. No-one was home, but how hard could it be? I knew that cheese, bread and butter was involved. Having fried eggs before, I knew the basics. I made the sandwich and melted a stick of butter into a pan. When it was hot and bubble, I threw the sandwich in.

See, the problem you have when frying bread is that bread soaks up all the hot butter, making each bite a little more sickening.

I won't even bring up when I made Steak-umms in the microwave.

When I was young, my mom worked part time. On the day when she began full-time work, my dad came home early to make dinner as a surprise. He doesn't cook much, so he decided to make spaghetti, since it's generally pretty foolproof.
The problem was that he decided to spice up the sauce, so he just started randomly adding whatever he found in the kitchen - spices (cinnamon and nutmeg), vegetables (scary wilted celery), and, most disturbing, a can of shrimp that had mysteriously appeared in the cupboard. The resulting sauce was more solid than liquid, and it was unbelievably disgusting. We're pretty sure that he did it so that he'd never be asked to make dinner again.