Unfortunately, it was just a dream... 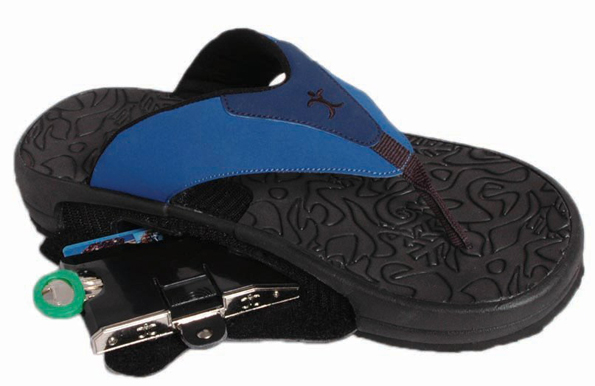 In many ways, this was a disappointing reboot. There's no meat in the picture, and those aren't even real shoes. But it was a conversation-starter, sparking the kind of brainstorming session that makes miracles happen!

Hidden meat was just a side benefit. It was really all about keeping your meat warm. That's really what made Hulk Hogan Meat Shoes what they are.

That said, why isn't there a whole line of meat-concealment clothing? I'm sick of using pockets that can be picked and are easily visible. I want secret meat pockets.

Meat shoes are a pipe dream. You guys need to start storing your meat in your wallets like adults.

Reef has been making sandals for years with bottle openers, weed compartments, and flasks built in. This is nothing exciting.

"Lady, let me open this bottle for you."

What about a pair of Hulk Hogan Meat Shoes with a built-in compass to direct you to WHERE THE POWER LIES?

If you were wearing Hulk Hogan Meat Shoes wouldn't the compass just point at you, the wearer?

I think they would probably point to Hogan's hands, as it was confirmed in interview that that was, in fact, where the power lies.

Ah, I see. So the shoes are like a horcrux?

Jesus shit, fucking goons always have to take something awesome, like shoes with little drawers in which to hide meat, and NERD IT UP.

You know what? I'm sick and tired of discovering awesome things like Hulk Hogan Meat Shoes on the internet only to discover that they don't actually exist. Well I'm not going to put up with it. I shall not abide a world without Hulk Hogan Meat Shoes. TO THE TOOL SHED GOON CAVE!