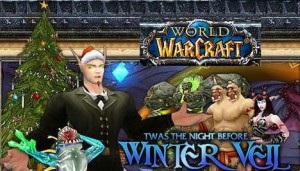 Q: What's your opinion on why WoW is so much more exponentially successful than so many other MMOs who are quite similar?

A: Polish. WoW took the time to finish so many things. It's the Blizzard effect - they do it in every game, and combining that with an MMO, it hit one out of the ball park. MMOs prior to WoW cut corners everywhere because developing an MMO is so expensive, in terms of cost, manpower and time, that people thought you had to. Now, well, the game's been changed. For the better, I think.

Q: This is really just an opinion question here, but do you think its possible to create an MMO that is fair to everyone?

A: Sure. Everyone has 1 HP and does 2 points of damage a swing. The question is, would you WANT to play it? Homogeneity does not guarantee fun.

Q: How much time a week do you spend developing in your uber secret project, and how much do you spend actually playing MMOs, if any?

A: Well obviously my UberSpecialSecretProject is a full time job for me and others. I spend most of my day furiously typing crack addled ideas into a wiki where others can freely annotate their mocking commentary.

As for playing MMOs, I still do, usually about 4-6 hours during the week (not per night, the whole week) and maybe a marathon 8 hour session during the weekend or something. I bounce back and forth between City of Villains, WoW and DAOC (where I'm currently a member in expired standing of the local Goon Squad!)

Q: What is your favorite class in any game? in DaoC?

A: I like pet classes. I play bonedancers in DAoC, masterminds in CoV, warlocks in WoW. I like having minions do my bidding.

Q: What is the craziest idea you've heard for a game element/race/class/raid zone etc.?

A: Anything involving permadeath.

Q: Anyway, a question: What percentage of MMOG developers do you think are actually avid MMOG players? Do a lot of game developers or people who otherwise work on games just not play games much?

A: Quite a few are, because game devs are geeks and freaks just like everyone else on teh Intarweb. Quite a few don't, because to them it's just their job, and others don't because they've worked on the game for years, know all its secrets because they wrote many of them, and the last thing they want to do when they get home is look at something work related.

Q: Do employees add currency or items to the games and pose as Chinese farmers on ebay to create more revenue?

A: Absolutely not. They'd get caught and fired, or worse, caught by the players and the players would quit as a result of the ensuing scandal. There are multiple safeguards and monitors set up to prevent those sorts of shenanigans.

Most MMO companies have Acceptable Use Policies which control what you can and can't do on live servers. For example, at NCsoft, I can't tell anyone in-game that I work for NCsoft, I can't tell anyone anything I may have picked up at work about the game, I can't call up anyone's account information unless it's strictly required for work, and I can never log into a live server with more access then your average player has.

MMO companies make a bunch more money running a straight up business above board then they would funnelling fake money through fake Chinese farmers. Sadly the Chinese farmers you see in game are all too real.

Q: That's another thing you mentioned on your blog. Do Chinese players have a different playstyle than North Americans? Do you believe most of them sell gold or are legitimate players?

A: Chinese players do play differently from NA players. NA players usually play from home, pay by the month, and talk to their friends via Ventrilo/TS. Chinese players usually hang out in Internet cafes, pay by the hour, and hang out with all their friends in the cafe itself. This changes the way games are played. For example Korean MMOs (which until recently were also all played in cafes... Koreans all have broadband at home now and tend to play from home like Westerners do) used to all have to be played one-handed, because in a Korean baang (Internet cafe) the player would control the game with one hand and smoke like a chimney with the other. If all your friends are in the PC room with you, you don't care as much about personalization because you know what Cho looks like, he's right there. You don't really care about chat channels and the like because again, Cho is right there.

None of this has a lot to do with farmers. Farmers do not see MMOs as games, but as resources to be mined. So game playstyles simply don't apply. If there's an exploit, they'll do it. If you want a kick, go into WoW, and do a /who Azshara for level 1s. Those are Chinese farmers using speedhacks to skip between chests. Azshara in WoW is pretty much all farmers all the time now. And Blizzard does by far the most of any MMO company to fight off the farmers.

Chinese WoW players have their own servers in China, which are a LOT cheaper to play on. If you see someone Chinese in WoW on a US server, it's because they know someone here, because they're perturbed that Burning Crusade hasn't come out in China yet, or because they're a gold farmer. Guess which one is the most common.