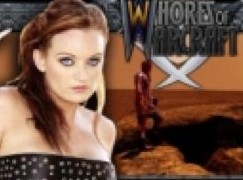 Q: On the same vein - is there a disconnect a lot of times with the "Guys in charge" and the actual production teams? Where you all know something would be a wonderful feature, but for some odd reason no one who makes decisions will listen? I've read a lot of Post-Mortems that usually include some careful digging at the Decision-makers for not listening to the general consensus.

A: Yeah, it's that way everywhere though. I know when I was at DAOC I used to like to go down to the GM area to hear what the game was REALLY like. I guarantee you the front line CS people know EXACTLY what is wrong with the game at any given moment, because they are hearing about it CONSTANTLY.

Q: For the actual guys who do the coding/art/design/grunt work - how valued is their say in the average set up? I assume early on when the sky is the limit a lot of opinions are considered, but as time wears on and launch looms near, are you guys reduced to doing work for someone else's vision? Or will there ever be times where it's a "Sure.. go ahead and sacrifice your precious little personal time to add in feature XXXX"?

A: Well, it's always someone else's vision in the end, unless you're the guy in charge. I have "Lead" in my job title now and sometimes I still have to suck it up and do what the Big Guy(s) says, because that's part of being on a team.

There's times you can do your own thing though. Take /autoloot in DAOC. That was all me. Literally. As in, I was on a raid and got irked that so much loot was laying around. As a coder, I saw this as a solvable problem! Instead of spawning loot bags on the ground, just automatically loot them. Saves time, saves server cycles in keeping track of the loot, everyone wins. It wasn't seen as a priority, so, uh, I just came in one weekend and wrote the code, checked it in with a triumphant "THERE!" and waited for it to get approved or disapproved. It went in. I'm told it's one of the most popular features that got added, too.

Q: Why don't most games have some sort of feature that allows for stat distribution? Example being games such as Ragnarok Online and Maple Story, generally most Korean games have this. By stat distribution, I'm talking about something where whenever you level up, you gain points to spend on leveling up different stats, rather than having a set amount depending on the class you choose, and having to rely on armor.

It just seems lame how in games such as WoW every class can be the same if they use the same armor, whereas something such as Ragnarok you can have such a dynamic, unique character. Is it simply too complicated to implement, or is it something better tuned for a grinding based game?

I know all MMO's are meant to be different, unique experiences, but wouldn't most companies rather break the mold and go for something that allows for extreme customization?

A: Newer games don't allow for stat pumping (or even choosing them at all) because people will make the (possibly) wrong decisions and gimp their character. Then they get *ANGRY* about it. So, newer games took out that temptation. I mean, if as a mage you should always pump INT, why not just have the game pump INT for you? Remove the temptation of your deciding you're going to be that one unique and special snowflake that is a muscleman wizard.

Q: So oftentimes I hear that running an MMOG incurs lots of costs, and that most of the monthly fee goes towards things like keeping servers up, bandwidth, etc. How much of this is true, or are MMOGs more a license to print money? Do you think it's difficult for smaller MMOGs to come out in the black?

A: Both are true, really. Yes, there's a lot of costs involved in running an MMO, but they are almost always profitable (especially if successful) and that profit is recurring, unlike any other video game. The "recurring" part is why so many companies are interested in making MMOs.

*Really* tiny MMOs can have problems making a profit, if they plan poorly. If they plan well, they can make a tidy profit even with only a few users. Eve Online is probably the best example of this.

How does that float with the various levels of people who actually make the game? I'll admit, I've used them in pretty much every game I've played, from UO through to WoW. The only ones I've refused to are the games that felt the most free: CoH, mostly.

How does it go over with the developers? How does one respond to the accusations that if the game was less monotonous and treadmill-like, no one would do it? How about in the case of these larger focus companies, like WoWGlider/Innerspace, that have thousands of active accounts and make a decent bit of money off of their ventures?

A: The companies like WoWGlider are leeches. They're making bank off of my work, and people like me. So, yeah.

As for macroing, well, couple points. First off, it's cheating. You're trying to bypass the game. (Or you're like me and ran Macroquest because you really liked seeing how much you could actually write a character bot as an intellectual exercise.) Second, I believe if you're compelled to macro something, perhaps it's not fun and shouldn't be in the game in that form. Games are supposed to be fun. If you're going to great lengths to skip that, even paying someone else for a program to play the game for you? Then there may be a problem.

Q: Do the teams you've worked with read lots of forums? Are they more connected with the thoughts of the players than it seems?

A: Depends on the person involved. Some live on forums (I am one of these), some can't stand them. Also helps to have really thick skin, once your game is live.