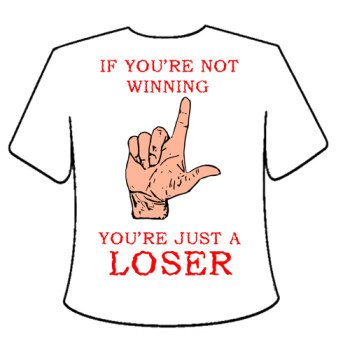 When I was a kid, I was at a waterpark one time waiting in line for the waterslides. A girl about my age and her younger brother were in front of me. At one point, the little boy looked up at her and whined, "Let's leave, I have to pee!"

His sister answered, "Just go pee on the slide, I always do!"

I remember being utterly horrified that someone would actually piss in a pool that others were swimming in, or any body of water surrounding them for that matter. It had never occurred to me before then that people actually did that. Just the idea of someone's (or multiple people's) piss mixing with the lukewarm water and getting on me...disgusting. I left the line and haven't been to a waterpark since. Years later my brother told me of a huge fucking turd he saw bobbing around in a wave pool while people frolicked in the water, oblivious.

My wife and I are blessed to live near a beautiful park that has an awesome walking trail. It goes for several miles, and has multiple park/play areas in it.

Anyways, we're walking last Summer and pass by a Girl Scout troop one Saturday morning, doing some callisthenics. I thought it was kind of weird, but also very cool that they were doing some physical fitness stuff.

We stopped for a moment to get a drink of water, when a fat-ass momma comes rushing (that's not the best word, actually, more like waddling at an above moderate pace) down out of her van, yelling at the girl scout troop leader. We couldn't make out the entire conversation, but I did hear her say that "The girls will have arms like BOYS, if you make them do pushups!"

One year we went to, I think Goshen, for summer camp. My troop had a couple of very special kids whose parents wanted the scoutmasters to raise. One day we woke up and the camp site was full of smoke. The scout masters go off looking for the source, franticly trying to figure out the safest way to evacuate.

After about 10 minutes of searching they found the source.

It was the group of special kids (not really retarded, just unimaginably stupid) all in a group smoking. Now, they weren't just smoking tobacco or weed, they were in fact smoking everything around them.

They had taken a roll of toilet paper from the latrines to use as a wrapper, and had spent most of the night and early morning trying out various plants to see if anything buzz worthy came of it. So they made a little pit for unfinished blunts, which was mostly full by the time they were found. Now any of you camping/outdoors goons will know that smoldering green grass, leaves, twigs, and various other still green plant material make a whole lot of smoke.

So there we have this group of 6th to 8th grade boys, sitting around a large pile of smoking brush and toilet paper, creating enough smoke to cause an alarm, and subjecting themselves to smoke inhalation.

The aftermath wasn't funny though. most of the kids had to be air evacuated out for smoke inhalation and spent about a month in the hospital. Needless to say they were also kicked out of the troop.

I have spent the past few summers interning at an outdoor Shakespeare festival. I can tell you without fear of rebuttal that the biggest failures of humanity are those who have sex on the stage and then LEAVE THEIR CONDOMS ALL OVER THE PLACE. On the balconies, under the trapdoor, under the stairs where the interns sit for most of the show, et cetera. The grosser thing is that the stage is painted black and dark brown so it heats up very quickly, so we have half-melted condoms and semen literally smeared where we're supposed to work.

Once, after the show was over and we were packing up, we caught a skinny goth boy and his walrus goth girlfriend sneaking onto the balcony armed with wine and condoms. Now, not only were there obviously people still packing up the speakers and such, there were about two hundred people still on the hill waiting for the actors to finish changing so they could get autographs.

At the city where I currently live, there is this old guy who spins around a pylon. He just spins and spins for hours everyday, like the earth to the sun! He sometimes pretends to be pulling an invisible break, and then starts yelling at the pylon.

Some stupid kids took a video of him.

I feel bad for him, and I really need to talk to him and see what's up.