How could we forget Ford Motors?

Its founder hired a former Navy boxer as a strikebreaker, made employee bonuses dependent on them reporting proof of "clean living" to a "Social Department", and was awarded the Grand Cross of the German Eagle, the highest civilian honor in Nazi Germany, after their annexation of Austria. Hitler called him "my inspiration" and kept a framed photo of Ford on his desk. And several Ford executives published anti-Jewish newsletters.

In the 1970's and 1980's, Ford collaborated with the Argentinian dictatorship to brutally suppress intellectual and dissidents. Subsequent lawsuits have alleged that Ford's managers drew up "hit lists" of labor activists and housed a secret prison in its basement.

And who can forget the Ford Pinto scandal? From wikipedia:

Through early production of the model, it became a focus of a major scandal when it was alleged that the car's design allowed its fuel tank to be easily damaged in the event of a rear-end collision which sometimes resulted in deadly fires and explosions. Critics argued that the vehicle's lack of a true rear bumper as well as any reinforcing structure between the rear panel and the tank, meant that in certain collisions, the tank would be thrust forward into the differential, which had a number of protruding bolts that could puncture the tank. This, and the fact that the doors could potentially jam during an accident (due to poor reinforcing) made the car a potential deathtrap.

Ford was aware of this design flaw but allegedly refused to pay what was characterized as the minimal expense of a redesign. Instead, it was argued, Ford decided it would be cheaper to pay off possible lawsuits for resulting deaths. Mother Jones magazine obtained the cost-benefit analysis that it said Ford had used to compare the cost of an $11 repair against the cost of paying off potential law suits, in what became known as the Ford Pinto Memo. The characterization of Ford's design decision as gross disregard for human lives in favor of profits led to major lawsuits, criminal charges, and a costly recall of all affected Pintos.

National City Lines. A holding company formed by General Motors, Firestone Tire, Standard Oil of California and Phillips Petroleum. They bought most of the (efficient) streetcars in America in order to dismantle them so they could sell their buses back to cities.

While this didn't result in as much death and illness and general human misery as the other corporations in this thread, it does demonstrate how frighteningly impotent the federal government can be when it comes to punishing large companies for doing sketchy shit.

A BIG BAG OF KEYS:

JACKSON, Mo. -- A collision with a semi-trailer truck seven years ago left 52-year-old Deborah Shank permanently brain-damaged and in a wheelchair. Her husband, Jim, and three sons found a small source of solace: a $700,000 accident settlement from the trucking company involved. After legal fees and other expenses, the remaining $417,000 was put in a special trust. It was to be used for Mrs. Shank's care.

Instead, all of it is now slated to go to Mrs. Shank's former employer, Wal-Mart Stores Inc.

Two years ago, the retail giant's health plan sued the Shanks for the $470,000 it had spent on her medical care. A federal judge ruled last year in Wal-Mart's favor, backed by an appeals-court decision in August. Now, her family has to rely on Medicaid and Mrs. Shank's social-security payments to keep up her round-the-clock care.

Since then, her son was killed in Iraq.

Whole Foods isn't really that evil, and certainly not on the level of this thread, so maybe this isn't the best place for this, but I think this fits the "Ben & Jerry's is owned by Unilever" sort of betrayal. I guess the point is even the companies that aren't supposed to be evil are still dicks.

Whole Foods' CEO and founder is a crazy libertarian. From wiki:

In a debate in Reason Magazine among Mackey, Milton Friedman, and T.J. Rodgers, Mackey said that he is a free market libertarian. He has said that he used to be a "democratic socialist" in college, but when he began a business and barely made money while being accused by workers of not paying them enough and customers of charging too high prices, he began to take a more capitalistic worldview and discovered the works of Ludwig von Mises, Friedrich Hayek and Friedman.

And Whole Foods' views on unions are well-known:

But when it comes to workers organizing themselves, Mackey sounds every bit the boss. He calls unions "parasites" that "feed on union dues," and compares them to "having herpes. It doesn't kill you, but it's unpleasant and inconvenient and it stops a lot of people from becoming your lover."

And I thought part of the point of Whole Foods was that its products were supposed to not be terrible for the environment?

Whole Foods has taken a similar hard-line stance against environmentalists working to protect sea turtles. When a group approached Whole Foods about carrying shrimp caught in nets certified to protect sea turtles, Mackey blasted them. "We will not be coerced by Earth Island Institute or anyone else to support advocacy programs against our will," Mackey emailed the group. "Your attacks on Whole Foods Market are strategic mistakes."

I see Shell have a bit of a representation in the thread but how can we forget ExxonMobil (A.K.A. Esso for us Brits who want to join in the lynching).

Aside from hating gays, denying climate change, being a top ten pollutor (some familiar names on that list ey!) and hiring mercenaries in Indonesia then refusing to take any responsibility for their heavyhanded actions; ExxonMobil has also been employing some very bad (but certainly not gay) business practices.

In particularly dealing with regimes that many find to be corrupt and barbaric such as Angola and Chad (Angola's civil war was likely funded by oil money [not just from Exxon] and claimed 500,000 lives over its 27 year span and the oil sold produced a nice stockpile of cash for Chad president Idriss Deby to start his own civil war) as well as outright illegal activities like defying international law by trading with Sudan and bribing the Kazakhstan president for access to lucrative oil fields.

Nevermind, we can't be too harsh on oil companies during these tough times as we all know how tight things will be for them and us and we ALL feel the pinch. Don't we?

http://www.exxposeexxon.com/ You might want to check this site out for more information. As well as the stuff mentioned above it goes into details about thier plans to drill in the Arctic, refusal to invest in renewable energy and the fact that they still havn't paid the damages for the Exxon Valdez oil spill and are currently fighting it in the US supreme court. Apparently $4 billion damages for the 300,000 people involved in the class action lawsuit was too much. Luckily through legal wrangling they got this reduced to $2.5 billion in 2006 but this is still far to much (consider this is the second largest company on the fortune 500 behind Walmart) and they are arguing that they should be paying nothing or $25 million at most. Meanwhile Prince William Sound has still not fully recovered. 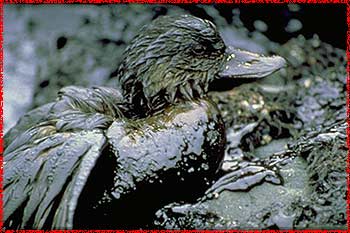