In the world of serious Magic the Gathering players, there's nothing worse than being behind the times on the latest in card-battling technology. If you bring Faeries to a tournament where everybody else has Faeries, and you're not even playing Darkblast? Get ready for a long car ride home after you lose, unless you walked to the tournament, and you definitely did not. However, too many Magic players have been ignoring the trends outside the actual gameplay. That's where we, the professional trendspotters, come in! These tips will send your status skyrocketing upward, from barn to hull (that's some real MTG jargon for you, folks (it means hanger-on/hangee)).

You can't have it both ways, kiddie. Pick something -- one thing -- to be serious about. When you wear that +1 Shirt of Nerd Joke, what are you really telling your opponent? "While you were preparing 40 hours a week at this exact matchup, I was busy doing something completely unrelated, so I haven't the slightest clue what's going on." Come on, people, this is a tournament, not the kitchen table where you play a game to enjoy it and talk to your loser friends. We need to get serious here.

In: Bringing Your Girlfriend

What better way to tell everyone that you're the coolest guy in the room than bringing the girl along? She can distract your opponents by sighing dejectedly at the fact that you've tried to make her care about this game, as well as with breasts. Cautionary note: Calling attention to the fact that you brought your girlfriend is a definite Scrub Move. You can just have her sit next to you and have people come to their own conclusions between gawks. 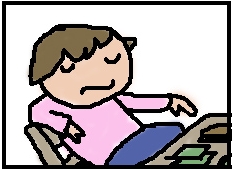 Out: Being Overly Enthusiastic

Back in the dark ages of 2007-ish, all the most popular players were super-excitable types who pointed out any recent development as the best/worst thing to ever happen. Now that we've moved on from such unenlightened times, we can safely shun those who haven't adapted their Magic personalities to fit this troubled year. Have you no respect for those hard-working people who lost their jobs? Probably not, but you could at least not rub it in their faces. Collect yourself.

Being Asian is very hot right now in this scene. This allows Asian-born (especially Japanese) and Asian-American players alike to participate in competitive Magic while still looking acceptable to mainstream society. While that last part isn't something that this series usually discusses, it is safe to say that it is of moderate importance. If you cannot be Asian, and a girlfriend is unavailable to you, having an Asian as a friend is an acceptable substitute way to be "in." 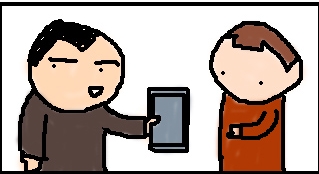 Out: Dealing at Tournaments

No, we don't mean the official dealer tables, because paying high prices out of desperation has never been and never will be cool. We mean the guys who stay below the radar and sell cards to other players from their extremely conspicuous hiking-the-Appalachian-trail-style backpacks. In previous seasons, people seemed to think of these black-market dealers as cool spy-types, stealthily conducting their business right under the nose of The Man, but recently it's become obvious that they more closely resemble that dorky dude who got busted for selling thousands of dollars of ecstasy to a cop.

There was an embarrassing phase during which Magic players could reasonably support Barack Obama and not be exiled from the group. Can you imagine? Thankfully, things have gone back to normal, and rich, white, straight, male nerds are back in the political camp where they belong: the one that thinks everyone is already on an inherently level playing field. Hell yeah. Make sure to scoff at anyone lower in economic status than you, because this lets everyone know how great a person you are. If you didn't already have it made, what good would you be to society? Then you'd just be a freeloader.

After a re-examination related to the above political shift, Apple products were found to be owned by the wrong kind of white people: liberals. iPhones were big for a while for keeping track of life totals, but then the word came in that they're pretentious. Ditch them. You wouldn't want to be pretentious, would you? I bet you don't even know what that means! Neither do I. But I know that I'm not pretentious, because I don't have an iPhone. 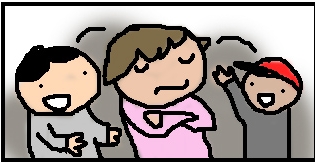 Facebook is the new Magic thing. Everyone who's even a half-decent player has a wide network of people they play with, and if you're not chatting regularly with the game's biggest names, then why are you even showing up? Remember, that's not just some random Kithkin deck you're bringing. That's CPhil's personal list that he granted you -- nay, bestowed upon you, with the grace of a master. When you mention this to others, they will marvel at the expertise that has been transferred to you via osmosis, and weep for knowing that their deck technology is woefully far behind the curve. You have succeeded. You are the supreme Magic player, and it didn't even have the slightest thing to do with the game!

Jesse "kingcobweb" Mason is a nerd who enjoys embarrassingly nerdy things, including competitive Magic and Sleigh Bells fan art. Thanks to Good Gamery webmaster and Pro Magic Online creator paz for the illustrations!