It's a tube of yogurt. 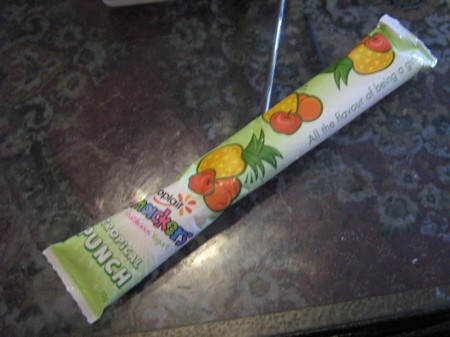 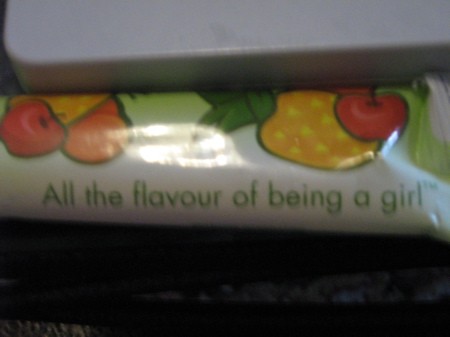 Septic tank cleaning service trucks back home that have the slogan, "WE'RE #1 IN A #2 BUSINESS!" There are more of them rolling around than can be individually named.

Bonus points if the truck's tank also has a cartoon picture that looks like it was drawn in the 50s, of a little childlike man smiling and tipping his cap to the viewer while putting a hose down into a septic tank hole.

There was some carpet company where I lived before, their slogan was "We're #2 so we try harder!"

Which is a weird slogan, because you'd think if they tried sufficiently hard they'd be #1 right? Or maybe they're just inept or whatever. I just think advertising that you're #2 is pretty lame.

KFC have "salt your own fries" printed on their packaging, which sounds to me like they can't be bothered to do it themselves. "Have it your way" also sounds dismissive, i.e. "ugh, fine, have it your way".

There's a scaffolding company round these parts who's slogan is "Quality Erections!"

I get a chortle.

There used to be a law office in my town.