Sticking with the plumbing/drainage theme, there used to be a truck that drove around where I live proudly proclaiming, "We're in a shitty business".

And, while its not quite a slogan, I have seen this unfortunately-named business: 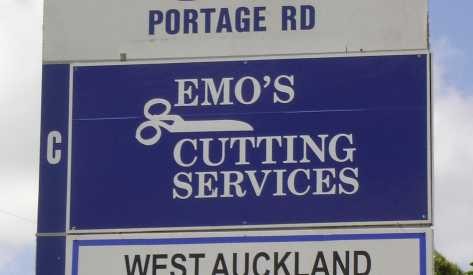 Well, my favorite is a bit of a long story...

There was a group of small hotels in NYC a while back which had, on all of it's promotional material, the following slogan:

They were trying to say that though they were small they were proud. But Voltaire meant it as a particularly vile insult. He meant: the most inconsequential people always think they're infinitely important. (See, back then, "pride" was a SIN, boys 'n' girls...) He was making fun of little people who always seem to be completely obsessed with themselves.

So, the small hotel group picked for its motto one of the most contemptible insults ever devised. I thought that was cute.

There's a barbecue place near here called "Sticky Fingers" and on the back of all their employee's shirts they have their slogan of, "Come lick our bones".

A few years ago, Go-Gurt was doing a Shrek tie-in campaign, and introduced a flavor called "Donkeyberry Punch."

I have no idea if anyone remembers the slogan campaign by Burger King, but to this day, my dad will cheerfully burst into song:

"It takes two hands to handle my Whopper!"

Our local pizza joint only hires young females to work serving pizza and drinks (all the males they hire get to work in the back making pizza, taking orders, etc). Anyways, the girls are required to wear short-shorts and t-shirts with the slogan:

"Had a piece lately?"

Of course, the slogan is plastered on their pants right across their ass.