Dear America: It's all been downhill since you declared sovereignty

What a decade it has been for cinema, offering timeless 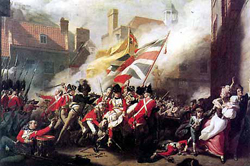 All because you didn't like our taxes. classics like Wo hu cang long, El Labarinto del Fauno, Der Untergang, Salinui chueok, two Mesrine films, a new Zatoichi -- the list goes on. Of course, they weren't all foreign-language films. There were some great films from native English speakers too, like The Queen, Dead Man's Shoes, Shaun of the Dead, Looking for Eric, The Damned United and In the Loop. Oh, and there were some American films too, I think. Like ... Independence Day and Meet the Spartans?

Let's face it: Americans make films the way they make their sandwiches: Big, loud, obnoxious, overly long, short on subtlety and big on meatballs. Things explode, people die, no one cares. The American approach to filmmaking is simply "bigger is better", with each film competing to present the biggest spectacle. Global landmarks are destroyed, the core of the Earth stops spinning, giant transforming robots fight each other, Nicolas Cage acts. That kind of thing.

2012 might have distracted some of you with little to no intelligence by performing the cinematic equivalent of jangling keys at a baby. Working backward, we can see some fine examples of what passes as comedy, with the rise of Judd Apatapopatow and his buddies -- the worst of whom is undoubtedly Seth Rogen, who unleashed the mind-numbing Observe and Report, or as it's known in England, Die Hard for Dickheads. And if it's not an awful comedy or disaster movie, it must be a comic-book adaptation. Every single comic book ever published has been adapted during the past ten years -- sometimes in two drastically different iterations (The Incredible Hulk). Even Watchmen managed to be an abomination, in spite of its highly regarded source material. 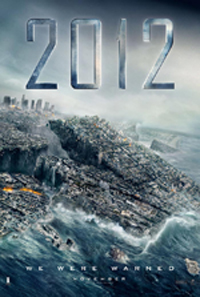 ...and this is what you get.And then there were the remakes. Who can forget Nicolas Cage complaining of bees in his eyes and punching women in the throat in that wonderful re-imagining of The Wicker Man? Or The Omen, which was cobbled together in a desperate effort to have something relevant to release on 6/6/06! Note to amateur Satanists: The Mark of the Beast does not contain a 0. Six years after Jesus's death, the gimmick might have worked, but in 2006, it's rubbish.

Let's not forget that this was also a big decade for the shockingly belated sequel. Terminator 3: Rise of the Machines satiated American audiences' desire to see Ah-nuld beat up a girl a whole decade after the previous film. Live Free or Die Hard featured some stunning scenes of an old man driving a truck in a straight line while a moronic fighter pilot managed to destroy his own plane somehow. Indiana Jones and the Kingdom of the Crystal Skull embarrassed audiences worldwide with its surreal mix of aliens, vine-swinging monkeys and Shia LaBeouf's hair.

So what does America have in store for the future? How about The Sorcerer's Apprentice, featuring our old pal Cage once again, this time hurling lightning bolts and fighting dragons in the streets of New York. Our man will also be appearing in Kick-Ass, a comic adaptation that's actually about how superhero movies are full of shit. Too cerebral? Why not check out Boom!, nine hours of flashing lights, gunfight after gunfight, and meta-explosions: Each canister of film is rigged to blow shortly before the credits roll, decimating scores of retarded Americans one audience at a time.