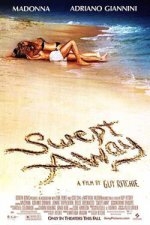 Widely regarded as one of the worst films of the decade. high note for the director, as well as for the genre of literary adaptations. If I didn't know any better, I'd say the fates of both Ritchie and the classic literature adaptation were inextricably linked throughout the decade. Both started out surprisingly strong; Ritchie with a goofy, stylish crime caper (Snatch), and the adaptation with a slavishly faithful, Oscar-winning trilogy (Lord of the Rings). But then things went south.

At first, becoming Mr. Madonna seemed to make Guy Ritchie the luckiest man on Earth. Of course, even getting to fuck the Material Girl has its pitfalls. He cast her in his next film, which turned out to be Swept Away, the remake nobody asked for, or had any idea was actually a remake. At the same time, the literary genre was struck with Treasure Planet, one of the most nonsensical retellings of Stevenson's tale yet conceived. Things got worse once Lord of the Rings and Harry Potter made all the money in the known world, including mine. The years that followed saw cinematic abortions such as The League of Extraordinary Gentlemen, Van Helsing, and Troy, all films that took notable works of fiction and managed to do absolutely nothing interesting with them. On the other hand, Guy Ritchie decided that having zero creative output would be a less disappointing use of three years. 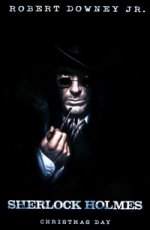 Then again, maybe this will be a new low.The middle part of the decade marked a trying time for both genre and auteur. 2005 saw not only the bastardized fairy tale that was The Brothers Grimm, but also Guy Ritchie's flailing, self-indulgent non-movie Revolver. Studios continued to ruin quality tales with Chicken Little, The Golden Compass and The Nativity Story, while Ritchie's marriage to Madonna inevitably imploded in 2008. This, oddly, was the same year he released RockNRolla, the closest he's come to repeating the success of Snatch.

Hopefully, this means Ritchie is on a creative upswing that will culminate in his transforming Sherlock Holmes from a stuffy detective piece into a kinetic, intriguing action yarn. Only time will tell if the legacies of either Guy Ritchie or Arthur Conan Doyle will be tarnished or polished, but if the rest of the decade offers any indication, the bar hasn't been set all that high.