Elves. They've been with us almost as long as the dinosaurs. They make our holiday toys. They cobble our shoes and keeble our cookies. They provide a slightly different physical appearance to our MMO characters. They have night vision. Some would argue that the fantasy race of elves is as diverse and misunderstood as the many races of mankind. Celebrate the pointed ears and join us on a look back at over 30 years of elves in Dungeons & Dragons. 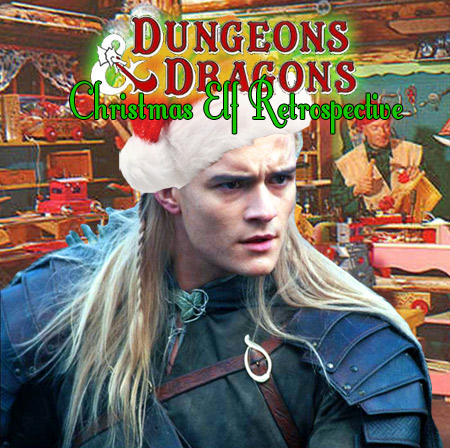 Zack: Steve, generally what are your views on elves?

Steve: Elves are a staple of fantasy adventure. You can't have an adventure without an elf. Well, you can, but it's gritty rather than fantastic. An elf is a beautiful human, but like a butterfly is a beautiful fly, it is also more fragile. Their race is dying out as humans take over the realms of fantasy. They are an old race. And very noble. They like nature.

Zack: Care about the environment, not tough, disappearing; sounds like the dodo of American liberalism to me.

Steve: We're on like the first couple sentences and you're sticking politics into the elves already. I can't believe you sometimes man. Elves transcend politics. They are like angels or something, only non-religious angels.

Zack: Those are celebrities.

Steve: But only the women and gay celebrities. This isn't Harrison Ford or Clint Eastwood or something. Elves are like, that woman with the red hair that's basically a man, but at the same time she's sort of hot, but also scary.

Steve: Yeah, that's an elf. Her and David Bowie.

Zack: I'm no elf expert, not since the board took my license, but that little girl from Atonement and Lovely Bones looks like an elf.

Steve: Yeah, maybe. Like a wood elf or something. I wonder who thought up the original elf. I guess maybe we should have researched that for our elf retrospective.

Zack: A-ha! Maybe by way of Tolkien for D&D, but in the USA Christmas elves go back to the 19th century.