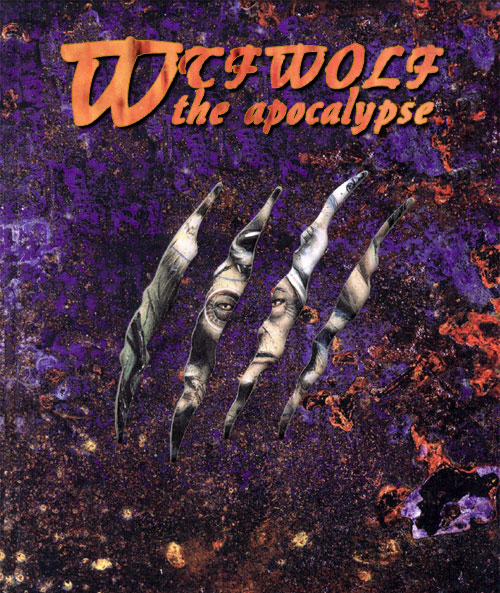 Steve: Alright, man, now we're talking. This was a real man's game about cutting up dudes and knife fighting.

Zack: The main things I remember about this game were the 50 pages of blood and guts flying out of a wolf man and every ten pages had some poem about raging. Lots of poetry.

Steve: I always wondered why half the pictures have Indian looking dudes with wolf skin headdresses. How often do you see some shaman dude walking around with a person skin headdress?

Zack: They're just making a pun. It's a WEAR wolf. Get it? GET IT? He's WEARING a WOLF!

Steve: You're not going to be nice with this one are you?