The Winners of the "Hard Ticket to Baghdad" Art Contest 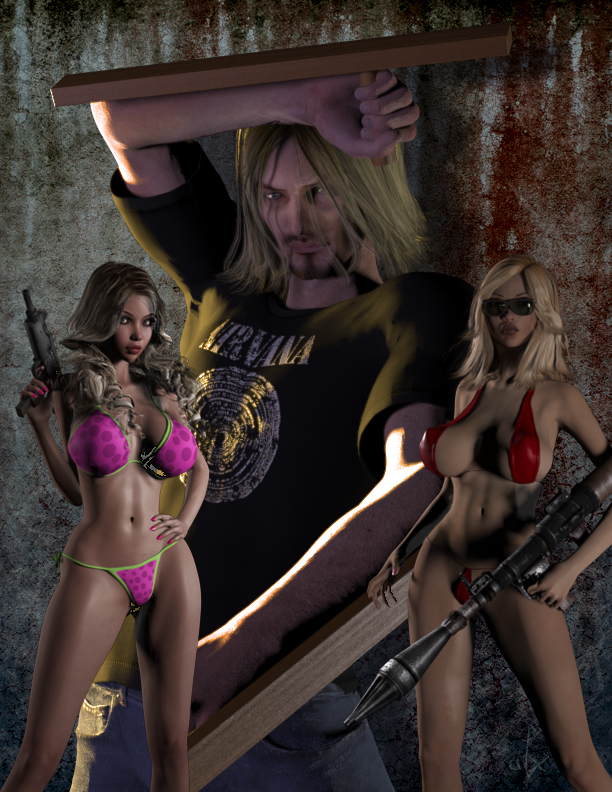 Zack: Alx returns, although I have to open with the criticism that no way would Kurt Cobain ever be lame enough to wear his own shirt. It would be a Daniel Johnston shirt or a weird phrase like "me happy."

Steve: Got to move that merch.

Zack: He captured the feel of an Andy Sidaris movie with the bikini babes with machine guns and Kurt has the tonfas.

Zack: Yeah, they look like the sort of women who would be in a video having sex with a Shrek 3D rendering.

Steve: Not that you go looking for that sort of thing, right?

Steve: I know what you mean though, Kurt has a real sleaze bag look on his face.

Zack: Almost like a junkie who fights ghouls with tonfas and has seen things you wouldn't believe.