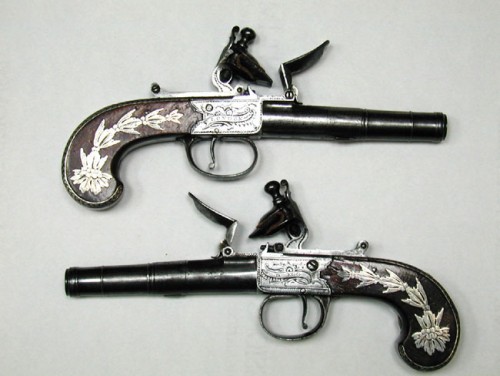 Steve: Where are you going?

Zack: You said there was a vegetable garden as well. If he's got body parts maybe he's burying the bodies out there. Does any of it look freshly churned?

Steve: It's hard to tell. It seems like he works in the garden a lot so most of the soil looks fresh.

Steve: You dig and quickly make a horrible discovery. There are human body parts. The more you dig the more you find in various states of decay. What's worse, many seem like they have been stitched together or otherwise combined in gross parodies of living forms. You feel very ill. Sharon Derriere passes out for a moment. Even Pips is stricken by the discovery.

Zack: I take a long drink from my mint julep to steady myself and light a cigarette. "I guess I had better telephone the police."

Steve: You return to your house and telephone the police. They seem reluctant to investigate, because you live in such a nice, respectable neighborhood, but the mention of dead bodies in the garden is enough for them to send out a car. After a lengthy weight a sedan pulls up and two officers get out. Mr. Corbitt speaks to them at the door and then, after a time, lets them into his house. An hour passes with no further sign of the police. After another hour, nearly at midnight, Mr. Corbitt exits his house, looks meaningfully at your windows, and gets into the police car. He drives it away.

Zack: "Well, doggone it. Y'all, I think my neighbor just ate the policemen or something."

Steve: "I have to get up early," says Chang, backing towards the door.

Zack: "Not so fast, heathen," I say, aiming my antique pistol at him. "None of us leaves until we get to the bottom of this. We are gentlemen and women and a Chinese. We solve these problems when they arise, not shrink from them like lesser peoples."

Steve: Pips, Regina and Wanda agree. Sharon Derriere and Chang do not.

Zack: "It's all of us or none of us," I say, hoping to raise their fight. "Quickly, to my collection. Each of you choose a pistol and arm yourself."

Steve: Only you and Pips know how to operate the pistols.

Zack: They are 17th century Italian ornamental flintlock pistols, how complicated can they...okay, fair enough. I also have some Confederate sabers.

Steve: Alright, everybody else takes a saber.