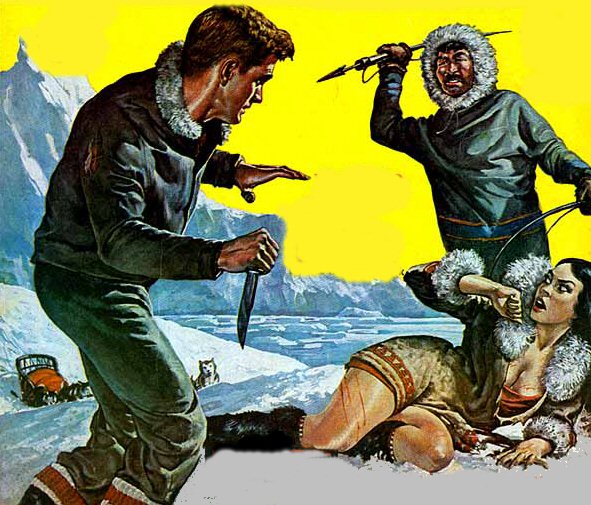 Zack: I instinctively side with the eskimo in this scenario.


Steve: Yeah, this one is less clear than most of these. I mean the woman looks afraid of the eskimo, but the guy looks pretty evil too.

Zack: Although I think the eskimo might have a whip and of course even if you have a dog sled having a whip makes you evil.

Steve: This babe must not be a native either because that outfit is wildly inappropriate for the arctic.

Zack: These covers frequently seem to be about adventurers traveling to exotic locations where a tough white dude will have to rescue a hot babe from savage locals. I guess eskimos were the best they could do for an arctic scenario.

Steve: They could have at least given the eskimo a mace.