I turn back to the GAEN and rotate the seeker until it hits one of the main news feeds.

"-itnesses report seeing a missile streak from the ground and impact Republic One," the talking eye-candy is spliced together with aerial footage of a plane smoldering on the Nevada hardpan. "Witnesses also report a burst of flame or an explosion just before the aircraft crashed, killing all 74 people aboard. Once again, President Affleck of the Republic of California was killed late last night when his aircraft was shot down-"

"Holy shit," Ted whistles. "Those dumb motherfuckers. We've got ten times the military they do."

"They've got nukes," I correct him.

"The recently revised order of succession indicates that the job will fall to Media Czar Dwayne Johnson. General Perry, the presiding Chair of the Joint Chiefs, has promised an orderly transition of power to the acting President." 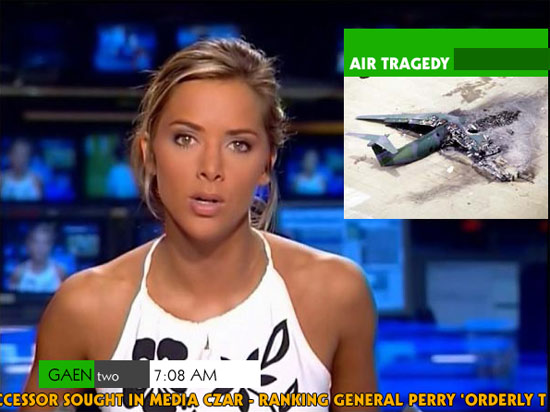 "Sources at Cedars-Sinai hospital claim that Mr. Johnson is undergoing heart bypass surgery there. We are awaiting comments from a representative of the hospital on Mr. Johnson's condition and we will go live as soon as that press conference begins."

The video cuts to a hospital conference room where reporters are waiting restlessly for someone to approach the podium and its forest of microphones.

I switch off the GAEN and run weary fingers through my hair. The Big Stunt is going to be overshadowed by the whole damn Republic collapsing in on itself.

Why do I fucking care?

"He was a big pussy," Ted agrees. "Did you see that ad he did where he was in the school with all those little spic kids?"

"Yeah," Dorothy laughs, "people dying of thirst and he's reading Everybody Poops to a bunch of Baja beaners."
I never voted. Affleck was just another disaster in a long line of disasters as far as California presidents go. Smart guy, smarter than a lot of people gave him credit, and he meant well, but it didn't help. Affleck was in way over his head. His presidency, good-hearted or whatever, was just as much a wreck as the last three guys who were just in it for the money and the power.

Hell, maybe nobody can pull us out of the shit at this point.

We arrive at the MTV house, the mini-Versailles with its green grass and broad pathways. How much fucking water does it take to keep that grass green? Christ, I don't even want to think about it.

The Escalade skids to a stop, throwing gravel on a long row of parked vehicles. Looks like half the armored SUVs in the LA area are parked out front of the house. There are a bunch of stupid looking trigger-pullers horsing around outside, wrestling each other and drinking beers from a couple of coolers.

You know, you don't expect iron discipline from these people, but they're fucking doing wrestling moves on each other with live guns strapped to their backs. I blame the bad influence of Pillman's clan on the guys I hired.

Pillman's boys aren't the only recent hires. There's an ugly mix of enforcers from the Tongs, metal heads from one of the New Jersey Mike's franchises, an odd assortment of freelancers, and a fair number of SCUBA K-9s trying to act tough. I would have weeded out all the dipshits from Home Depot claiming they used to be Navy SEALs, but it looks like Eduardo didn't even try.

If the number of big blacks parked outside is any indication, the size of the security detail has at least tripled. Rollins must have wanted volume.

Everybody is staring at our bloody Escalade when we climb out, including the cameras of two MTV crews. I hear a few whistles and muttered insults when the mercenaries catch sight of me. These new guys know my rep from TV and some of the vets know my rep from before I was on TV, but they all want to yell something at me. They're too afraid to do that, but they're dumb enough and ballsy enough to mutter.

"I'll be signing autographs inside," I shout at them.

Most of them turn away, still muttering. A few continue to stare at me.

"Come on, boss," Mississippi takes my arm with a firm grip.