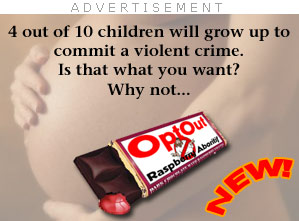 I hobble into the air-conditioned interior of the mansion. The lounge I remember from my first night here has been transformed into a fashion show. Male and female models with gaunt faces and darkened eyes march up and down a stage in gray and black clothing with severe uniform crispness. Loud techno music with a martial tempo pounds from concealed speakers.

The crowd of onlookers includes Rollins, who is sharing a leather couch with a trio of surgically identical models. The rows of antique dining chairs arrayed around the couch are occupied by several big men with crew cuts and stiff backs, a selection of men I recognize from the team I hired, and a few men and women in expensive suits.

"Dionne is wearing the male-cut service uniform from Givenchy," narrates a soothing female voice. "The midnight cotton jacket features subtle accents of charcoal and ash and the high choker collar offers modern formality without the fuss and bother of a tie. All buttons are brushed silver stamped with the bear's head symbol of California."

The man on stage turns and thrust sout his hips, looking sideways at the audience.

"The pleated slacks come with a playful pinstripe of crimson and Dionne is sporting the versatile pigskin belt with cargo fasten from Massoman. The polished jackboots from Givenchy's leatherworks complete this look that projects equal parts power and sensibility. We like to call it Austere Luxury."

"Klint's sister is having a fashion show," explains Mississippi as he ushers me deeper into the bowels of the house.

He takes a Snickers from his pocket and starts chewing on it loudly. We stride through empty formal halls with vaulted ceilings and marble-floored passageways lined with museum-quality paintings. There is something sad about this beautiful empty house, too vast and opulent to be practical.

We pass through a domed garden, full of chirping birds and humid as a sauna. We enter a smoking lounge with stuffed leather chairs piled haphazardly against the antique wainscoting. The huge hearth is cold and stained with ash. Someone has erected hockey nets and left them on either end of the carpeted room. We pass through a room occupied by dozens of lewdly defaced mannequins and another with a swimming pool that is filled with rust-colored water. A vintage Porsche seesaws slightly on the side of the pool, its front-end splashing softly in the shallow end.

At last we come to the bedrooms and I am shoved, gently, into a room with "KLINT" painted on the door.

"Wait here," Dorothy instructs. "We'll come back for you when it's time to go."

He tosses the Snickers wrapper on the floor and walks away with Ted and his mute friend. Mississippi lingers a moment.

"Have something to drink, boss," he says. "I don't know what they all have planned for that Big Stunt, but I got a feelin' you ain't gonna like it."

I nod. He closes and locks the door from the outside. Interesting feature for a bedroom.

I can hear explosions and gunfire on a GAEN somewhere deeper in the bowels of the loft-like space of partitioned rooms.

Before I go exploring I dig through one of Klint's dressers and pull out some reasonably normal clothing that looks like it might fit me. The idea of wearing Klint's underwear disgusts me, but there are dozens of unopened packages of boxers, briefs, and socks in the drawers of the dresser.

I select a pair of distressed canvas cargo pants and a black wife beater with a factory faded Adidas logo on the front. Not the sort of thing I would normally wear, but it will feel good to get out of the hospital gown and into real clothes.

The bathroom adjacent to the bedroom has a large shower done in terracotta tiles and blocks of frosted glass. The fluorescents are burnt out and it smells like vomit. Enough gray light filters in through the open door for me to see what I'm doing. I wash one of Klint's razors and bring it with me into the shower.

The water feels good and it washes away the blood and iodine still adhering to my wounds. My shoulders and chest are sore from the laparoscopic inflation the doctor performed to patch me up. The gentle flow of warm water relaxes those strained muscles and takes some of the sting out of my aching ribs.

I begin shaving my face slowly by touch. I nearly slip and fall when fingers wraps around my ankle. I turn and look down in surprise at the sight of a naked girl with caramel-colored skin on her hands and knees. Her hair is matted with puke and she looks up at me with delirious pain. I fucking hate these guys.

The girl weighs nothing and is easy to keep on her feet. I wash the puke off of her and try to pretend it doesn't give me a boner. She passes out during the process so I have to carry her over to Klint's bed and deposit her there. I steal a last look at the water clinging to her toned skin and then I cover here in one of the less-stained blankets.