As anybody who has every visited e3 knows, Kentia Hall is the electronic leper colony of the damned. All the stinky foreign people and game studios whose entire budget consists of "Crayola crayons and Jolt Cola" are crammed into this tiny hall, forced to fight for the three people who mistake the hall for the bathrooms and accidentally wander into it. Generally speaking, any company featured in Kentia Hall will probably be bankrupt by the time that year's e3 ends, so you should steal every souvenir you can.

I walked into the hall expecting to find absolutely nothing of interest except for the aura of shame and wasted lies that Kentia Hall normally radiates. This proved to be true for the first 10 minutes or so, as Kentia Hall offered up the following wonderful items (thank to Bitter [HATE] who provided me with scans): 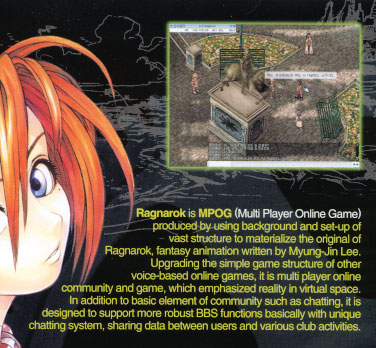 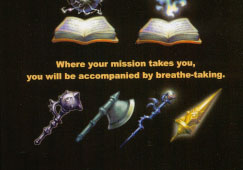 However, I soon stumbled upon a game which would forever change my life, my way of thinking, and most importantly, my pants. A game which combined impressive gameplay with astounding graphics, a deep storyline, and cutting edge technology unrivaled by any other available product. As you may have guessed, I am of course referring to Oh Ghost Baby, the brainchild of ingenious Taiwanese-based "Saint Hermit Studios." When I saw the gigantic poster devoted to this incredible product, I knew that I had found a diamond swimming in a sea of medical waste. Check it out: 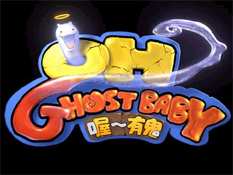 "While each kid you lead has his own talent and weakness. every resident in the town has his own mind and objective. They may help or hinder you. You most fight with all your potential, whilst nuturing the baby ghosts who will grow up and fight on your behalf." 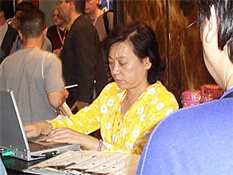 One of the many highly trained Oh Ghost Baby experts.

Wow! Finally, a game that combines day care, the paranormal, and Mortal Kombat! I noticed the fact that Oh Ghost Baby predominantly featured an image of a child kissing a gigantic grinning sperm from Heaven, so I had to ask the Saint Hermit Studios representative for more details regarding this fabulous product. Unfortunately, she didn't speak much English, so my interview left me feeling somewhat unsatisfied.

So, as you can plainly see, Oh Ghost Baby looks to be the surefire hit of the year 2001 or whenever the fuck it ships, assuming it hasn't shipped already. BIG HEADS!!!

Before leaving Kentia, I decided to have a little talk with one of the other Saint Hermit Studios people, hoping to glean a bit more information regarding their wonderful game. Unfortunately, nobody seemed to keen on speaking with me. After 15 minutes or so, I was finally able to corner one of their representatives and con him into speaking with me by using a little original trick I like to refer to as "lying."

The guy then ran off and started talking with the woman, shortly before scrambling off the showroom floor. I can only assume he went to print up more Oh Ghost Baby promotional items, as they were flying off the shelves like hotcakes in a Lithuanian whorehouse. Regardless, Oh Ghost Baby looks to blow the doors off the competition, assuming the competition has doors and they are able to be blown off. Look for more Oh Ghost Baby coverage to appear once I figure out how to decipher their homepage.

Look for more e3 coverage as soon as I find the time to write it!