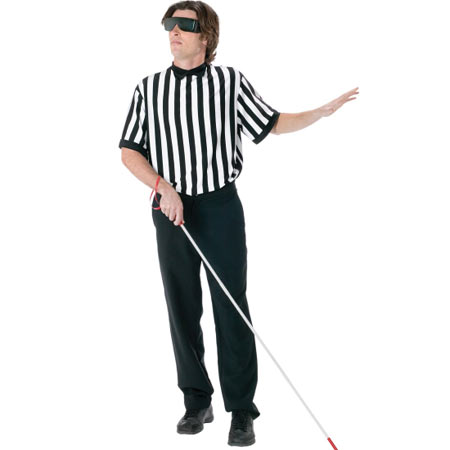 NCAA Week 2 Aftermath: Digging for Pirates' Booty - You can discuss the previous week's college football games in here and maybe watch someone completely lose their mind and get permabanned!

Brady done for the year - Who says prayers don't get answered?

NFL Week 1 Open Letters - An NFL season is 17 weeks and 16 games long. In the grand scheme of things, 1 game usually will not play a huge role in whether or not a team makes it to the playoffs. This logic is totally lost on people who just saw their team lose on opening day, and their insane ramblings can be read here.

2008 Moon Poll Thread - This Time It's Serious - The biggest sports nerds in the world have gathered here to pump a whole bunch of numbers into an excel spreadsheet in order to chide anyone who doesn't have Temple in their top 10.

1000 Yards or Bust Season 3: No being too fast, honky tonks only - The point of this fun little game is to try and pick a group of players whose yardage totals for the week will end up as close to 1000 yards as possible. What this results in is hilarious meltdowns after a third string wide receiver gets 35 yards on Monday Night Football when a guy needed 33 from him.

Fantasy Football Analysis Thread - Ever wonder whether or not Matt Cassell was worth that late-round flyer? Well, they're here to help you!

Awards Speculation/Arguing/Whining/Bitching/Moaning Central - Keep track of this thread in case Francisco Rodriguez wins the Cy Young, because the reactions will be a sight to behold. 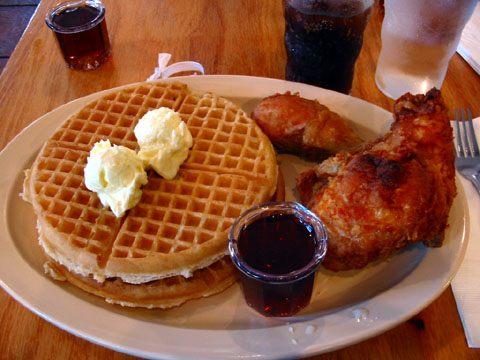 Admit it: Talk About Chain/Fast Food Restaurants you actually like
- Spirited discussions of In N Out versus Wendy's, Roscoe's vs. Waffle House (Waffle House is depressing from what I understand why would you eat there?)

Back to Basics - Simple tips. tricks and wisdom for the everyday chef
- "Simple stuff:

Run a peeled onion under cold water for a few seconds and you wont tear up; also taking off the first clean layer reduces most of the tearing up.

Save your shrimp shells for stock. Use white wine.

Oil for pasta is only for getting your pasta not to stick together. You can half cook pasta in batches, blanch and finish cooking later and once you get it right, will taste fine, but it needs to be done with oil so it doesn't stick together while in the fridge.

A roux or beurm is always better than a cornstarch slurry. I know I spelled beur incompletely and totally wrong.

Nothing will replace fresh herbs and spices.

When using dried herbs or spices, strength can be determined by when the recipe says to put them in the dish- at the beginning for weak herbs, at the end for strong.

Potatoes go in the water after it is boiling; otherwise the starches expand.

Get a mortar and pestle; once you've tried grinding your own fresh garlic and sea salt together into a paste, you will be amazed that you ever lived like such a savage in the past.

Being a chef isn't just about cooking; it's also money management, pre-ordering, predicting when stock will run out before it happens, utilizing different parts of one ingredient for several recipes, and multitasking time management skills while knowing you are always going to be two steps behind. This is why people who come out of culinary school start as prep cooks under the management of people who started by being trained in a working kitchen instead.

Both have strengths and weaknesses of course. A chef that has never been a dishpig has no right to request respect, sorry.

That dish tastes great and looks great; can you make it the same way 200 times a week, teach the recipe to be produced uniformly to less experienced cooks, and make it so the production cost is low enough you can actually create profit, all while expecting that your line will have to do so while continually cooking 1-3 other dishes at the same time they are making this one?

Another kitchen trick is to lead by example; you really need to foster the idea that you are a team, a military, waging war against the FOH and the ignorant customer who doesn't appreciate the fact that your line are walking Gods and you have been in the trenches with them. One way to do this is constantly teach small tricks and nuances that make them feel like you care about sharing with them, but not that you think you know more.

You have to strike a balance between commanding authority, fear and rspect, and at the same time making sure your line and BOH knows you have walked in their shoes. In real life, you expect alchoholism, cocaine, nicotine addiction, and a sort of abused elitism that I can't really say I've seen anywhere else except the military. Honestly.

Before I go too far, the most important thing is this: If you aren't running your own restaurant or don't have the goal of running your own restaurant, get the hell out of the business as soon as you can. As in before this sentence is finished. It is low pay, hard work, long hours, culinary school wads who balk when you have an unscheduled 1:30 am tourbus pull in with 150 people and there are only 3 of you left. The entire industry is shite if you aren't the one in charge; if you are, you should have a decade or more experience wallowing in the same shite before you think about running a restaurant, and remember that most buckle in the first year."

Help me figure out what to do with a ton of fresh veggies
- A common problem this time of year, but oh what a wonderful problem to have.

You, fatty, put down that cheeseburger. Make some rice and beans!
- When asked what the thing about New Orleans he missed most was, Louis Armstrong answered without hesitation "the beans and rice."