NMD on Last.fm - Earwicker is here to help get all your last.fm accounts organized. Contribute.

Do people here like The Pixies or do you find them overrated? - All posts in the this thread are being applied to your permanent record and will be used against you in future posts.

Dillinger Escape Plan's new album "Ire Works" - New Dillinger album in two days, A Horse Of Course already has it and is there with a first impression.

David Bowie: Music = Great, Lyrics = Ugh. Why? - Before posting these threads, please do as much research as possible.

The Mighty Mighty Bosstones are BACK! - oh fuck

Good public domain (or not) music from the early 20th Century? - I'd like to know this as well.

Radiohead: Rank Your Favorite Radiohead Albums! (again) - The In Rainbows thread has turned into something a little different. Streaming live performances on page 38.

[USA/Canada] Trans-Siberian Orchestra 2007/08 Tour - This is one serious tour. Two dates in most cities and it's supposed to be a really fun experience. 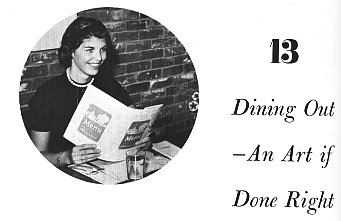 A SHAMEFUL, CAREER ENDING DISASTER IF DONE WRONG. CHOOSE TO DINE WISELY- COME BACK WITH YOUR PLATE OR ON IT.

Confessor: Conclusion to Sword of Truth Series
Terry Goodkind's "It's not fantasy, dammit!" fantasy rapefest whines down. Can Richard and Kahlan finally search for true rational self-interest in peace? Will the Dharans rape happily every after in a free market economy unburdened by a government dedicated to a doctrine of socialism? Will Goodkind cop out on ending the series and hint at a darker, more sinister driving force that drove Komrade "the Collective is all that matters" Jagang?

"Sixteen long years and not one domino shall fall!"

The Eye of Argon -- the epitome of heroic fantasy
Written by a 16 year old many many years ago, The Eye Of Aragorn is the epitome of "so bad its good"... you know what, let's let the first paragraph speak for itself:

[blockquote if possible]
The weather beaten trail wound ahead into the dust racked
climes of the baren land which dominates large portions of the
Norgolian empire. Age worn hoof prints smothered by the sifting
sands of time shone dully against the dust splattered crust of
earth. The tireless sun cast its parching rays of incandescense
from overhead, half way through its daily revolution. Small
rodents scampered about, occupying themselves in the daily
accomplishments of their dismal lives. Dust sprayed over three
heaving mounts in blinding clouds, while they bore the burdonsome
cargoes of their struggling overseers.
"Prepare to embrace your creators in the stygian haunts of
hell, barbarian", gasped the first soldier.
"Only after you have kissed the fleeting stead of death,
wretch!" returned Grignr.
[end blockquote]

This story has been going the rounds, passed hand to hand for decades now. Thankfully the magic of Google now allows us to be splattered with the creative feces of a thousand fantasy wordsmiths and would-be cover artists after just a quick search.

Ralph Waldo Emerson - Suggestions?
Yes, never get stuck on a river rafting trip down the Lehigh with a 60s throwback hellbent on discussing how Emerson's thoughts on sitting in a cabin isolated from the world and making pencils is applicable to his life's work to legalize pot. It's like 1:00 am at Denny's with better scenery and a waiter sitting in a kayak basking in his awesome X-treme nickname like "Blaze".