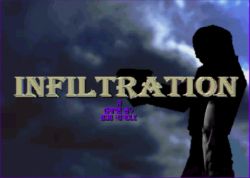 At a Glance: You know a game is going to kick assloads of ass when the author proudly announces that he made it with the Pie in the Sky Game Creation engine on a website with spinning 3D text hyperlinks and a counter that reads “You are visitor number who cares.” Bob Hindle, which sounds like the name of an eccentric old millionaire who collects jellybeans, took that winning idea and used a highly complex computer algorithm to generate the most boring, generic name possible. Bobby released this terrible demo several months ago and still hasn’t released the full version, which means he’s probably been spending the last few months working on his highly anticipated “Guess the number” title developed with the hot new QBasic Game Engine.

Publisher: No one yet, but I have a guess.

If you have any doubts about the potential quality of this game, and I certainly see no reason why you would, you can cast those doubts aside by reading the game’s description. Ol’ Bobbo takes a very unique approach to comma placement and sentence structure, among other things. (note the bonus small “e” toward the end) 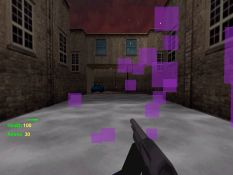 This is a promising start.

INFILTRATION is the PC version of a game I originally made on the Amiga , when I first got a Windows PC I decided to carry on where I left off with the Amiga and make games , because I am making the game on my own I have had to learn a few new skills such as modelling , skinning , animating. , texturing etc. , the game is a result of my learning process and the links on this page cover some of the things I have learnt along the way , I have taught myself how to do most things so there maybe easier better ways to get the same results , if you know any let me know I need all the help I can get .

Five seconds with the engine will demonstrate just how hard performing infiltration in this game will be, since your character moves around as gracefully and noiselessly as a pregnant tap-dancing ballerina with bricks strapped to her feet. This will cause you to instantly turn your speaker volume down to zero, since playing this game without sound is a lot better than having your ears constantly assaulted by “CLOMP CLOMP BANG SLAM CLOMP” at a decibel level usually reserved for commercial airliners and an obnoxiousness level usually reserved for Insane Clown Posse fans.

After your speakers are off and your ears stop ringing you’ll begin to notice a few other problems, like how you appear to only be three feet tall and the entire map consists of cubes of various sizes with different textures pasted on. After moving around the mansion-thing you start in and taking note of the four hundred identical blue stained-glass clocks laying around (which I’m assuming the author modeled himself and wanted to show off rather than delete and hope no one saw it like he should have) you come to a difficult choice – turn left to go to training, or turn right to start your mission. Eager to put off the main game for as long as I could, I chose training. 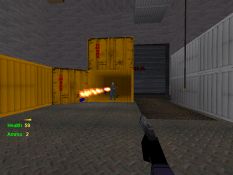 Training Challenge 1: You must be tough enough to jump across an obstacle course of Annoying FPS Cliche #48-A, otherwise known as stacked boxes. Be warned that judging distance will be almost impossible with your character bobbing his head up and down three feet with every step he takes, but you probably won’t notice because you’ll be too busy falling through the sides of the boxes and taking 10 damage with every fall. Don't worry though, no matter how far you fall you won't take any damage if you crouch before you land.

Training Challenge 2: You must brave the dangerous Annoying FPS Cliche #24-E – a maze of air vents that are big enough for a person carrying four different guns to comfortably walk through. There is a bomb waiting for you at the end of the maze, so you must find the sniper rifle, shoot the bomb to blow it up and proceed to challenge 3.

Protip: You don’t have to get the sniper rifle. The bomb only does about 30 damage, so you can just walk right through it if you want. If you do want to find the sniper rifle, it’s cleverly hidden in the middle of the floor about 20 feet from the bomb.