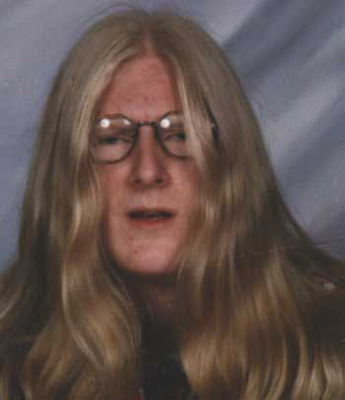 your a faggot dream theater rocks. they are way better muscians than whatever shitty bullshit you listen to

This is standard stuff -- I get twenty twists on it whenever I make fun of anything prog or metal -- but it made me laugh because it was sent in like 90-point font. Fucking prog dudes, everything has to be so goddamn over the top.

Yeahh, so your David V. David (very original headline. @_@ ) was fucked up.

& you're missing out.
I'd bitch you out but I really don't care & it made me laugh. "magic rainbows" "shaving cream brand" "forgeting to shave" Cook is awesome, huh?
Oh& you have to wait 12 minutes for Kiss on the Neck because he won by 12 million votes.
& he didn't even plan/want to audition. The producers made him.
Truly, you're never going to get known or be as well-known as VoteForTheWorst.
Give it up.
Okay, I wasted my life enough on you/this.
Peaceeeeeee.
Oh & fuck off.
Please
&
Thank you.
Bitch.
&
Show this around.
I
don't
give
a
shit.
!
oh. !
Don't forget to buy David Cook's sophomore next year. !
You'll love it
Or talk shit.
Whatever gets David's name out.
album PLATINUM, AGAIN. !
thanks.
luzzzzzer.

I guess this doesn't really qualify as hate mail, given that it's someone writing to a comedy site to say "you make me laugh." Then again, this was really fucking annoying to read. I don't even know what some of this shit means, but contextually it would seem to be David Cook-related, which means it's nothing I'll ever need to know.

Now to you. I think your homophobic, anti religion, far right wing views are shit. You write to piss people off, or make jocks happy. I dealt with people like you, too many to count. Your happy makeing other people sad, a fucking hater. You see something different from the norm and instead of giving it a chance, you stomp it out. I bet if you actually read the lyrics of their really good songs. You would see a whole other side of Hollywood Undead. I also bet you never just listened to Swan Songs from beginning to end. Plus, I bet you never took into account what the fuck Swan Songs even means. Do Swans sing jackass? I'll let you figure that one out on your own, if you even care.

This guy uncovered Something Awful's role in the vast homophobic, anti-religion, far-right-wing conspiracy, and he even deciphered how insulting Hollywood Undead in a joke column helps us to achieve that goal, but fortunately his spelling and grammar are so atrocious that he'll be discredited and no one will follow up on his damning claims.

fuck something awful and fuck you.

On the surface, this is the most generic of messages, but this one stood out because it came just a few days after an Anti-Flag article that mocked their "Fuck This" and "Fuck That" songwriting. So, it could have been cleverly paralleling the structure of the piece, but that's probably giving a potential Anti-Flag fan too much credit. 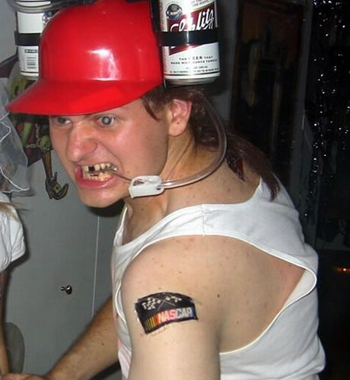 I get hundreds of messages like this, and I delete them, and I forget about them even while I'm deleting them. Then I panic for a second and think "what the fuck am I doing, I could be deleting something important," but then I remember what it was, and I figuratively spit on the vanquished message's grave, and the day goes on. Anyway, this message is noteworthy only because it arrived more than a year after the Rev Theory article ran. Maybe if he'd worked on it for a little longer he could have found a way to fit in "I wanted to say" a couple more times!

My hate mail arrives either immediately or many months later, suggesting that it comes from a) people who overreact to things without taking any time to examine context, b) the same type of people, only they read really fucking slowly.