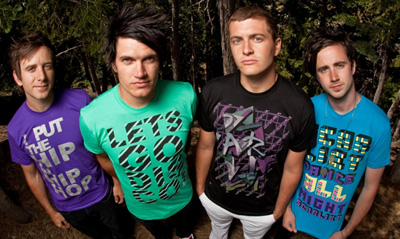 GD: These Scene 4 Christ clowns perform this week in Willow Springs, Missouri, wherever the fuck that is, at the First General Baptist Church. First Romance on a Rocketship, and now this: I guess I should thank Sgt. D for warning me about the horrifying shit going down in my state. Sometimes it takes an outsider to break the bad news, like if you've become inured to the stench and someone cracks open the door and screams "holy fuck, who died in here?" and then you kill them and stack them next to the stinking corpses, and go back to living obliviously. Also, I should thank Pleasant Hill, because while it's backward and useless, at least it hasn't hosted or produced anything this atrocious.

"Life is good/eternal life is better" is the song's hook. I guess that depends on the destination. I'll steal, covet, whatever it takes to end up wherever these guys aren't. This video is so terrible that reading YouTube comments actually improves the viewing experience: "I thought it said 'life is good, a turtle's life is better,'" "I wonder how many of the band mates fornicate and are flaming little hypocrits." Stellar Kart also offers a Coldplay-sounding ballad titled "Jesus Loves You," and an Auto-Tuned R&B "jam" called "Stellar Kart in the Hizzle." How could Hell be any worse? 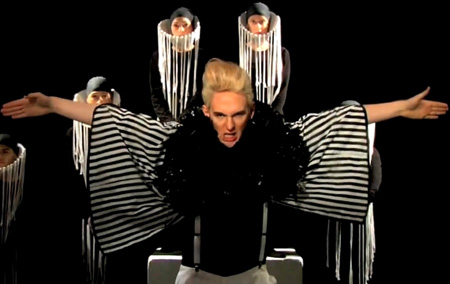 Sgt. D: This shit truly sucks, and not just because it's painfully limp Bowie worship that makes dull-ass Radiohead sound like Pantera. The worst part is that someone might get this guy confused with the moderately popular crunkcore artist JakeWolf. JakeWolf is a subhumanly stupid retard who deserves to fall in a lake of AIDS, but at least he has a song called "Harlots Go To Hair School." I dated a hairstylist for a long time, and hair-school girls are second only to fashion/design girls in the "Sergeant D's Dream Come True" department. They're retardedly hot, batshit crazy, party hard as fuck, and have low self-esteem so they crave the kind of attention that you can only get by doing self-destructive things in public... in other words, they're just like me! My kind of girls!

If you are a hair school harlot, please drop me a line and let me know when and where you want to meet up and start making poor life choices together. I promise it will be more fun than listening to this androgynous assbag.