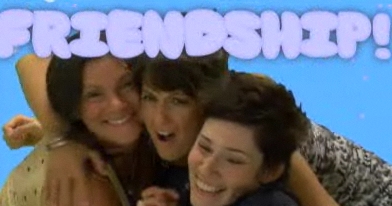 This educational clip identifies the allies and enemies of Girl Power. 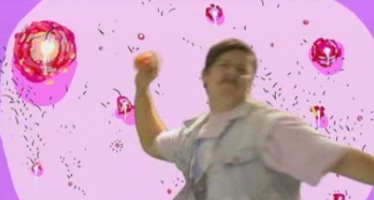 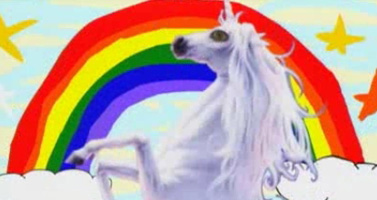 This man works in the produce section of a grocery store. He tosses tomatoes into bins as part of his routine. When he starts suffering a heart attack, Northern State uses Girl Power to transform him into an immortal mythical creature. Later, one of the members poses with a tomato in a poignant tribute to his human form. 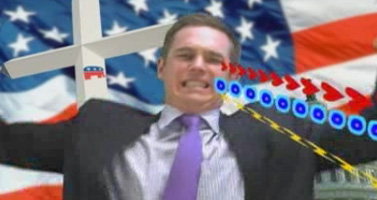 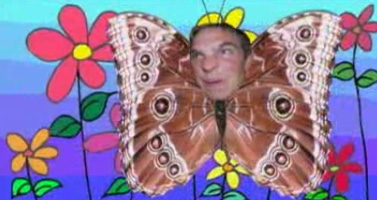 This fellow witnessed this merciful gesture, but, being a Christian, he perceives it to be damnable witchcraft. He intends to complain to his congressman. Northern State punishes him by morphing him into a butterfly. 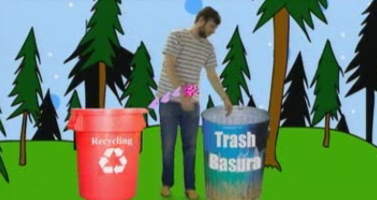 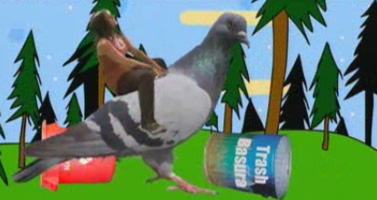 This man places rubbish into a proper receptacle. He is a slave to the establishment. This angers Northern State. They transform him into a pigeon, because birds are rebellious. They deposit their waste in non-designated areas. 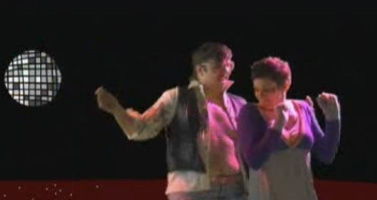 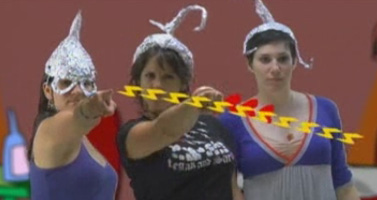 Northern State visits a night club, and one of its members dances with an open-shirted man. She enjoys the experience. Her bandmates become envious, and she succumbs to peer pressure. They shoot him with their beams, but there is no metamorphosis. Their magical rampage has culminated in the death of an innocent man.

Male casualties are acceptable collateral damage, but jealousy also turns Girl Power titans into bitter rivals. Millionaires and Northern State have decided to initiate a rap battle in this space. Brazen debauchery or smug literary references: Which is the path to true sisterhood and liberation? Only God knows, and SHE's not telling! 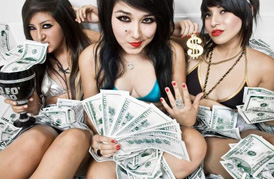 You're all like 'oh, I went to college'
I'm so cool, like, I have knowledge'
But if you're such a fucking smarty,
Why don't you know how to party? 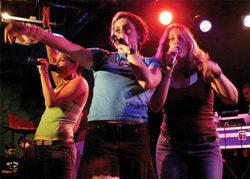 Skanky whore, go take a bath
You make me depressed like Sylvia Plath
Emma Goldman can't dance to your revolution
When you're on stage looking like prostitution!