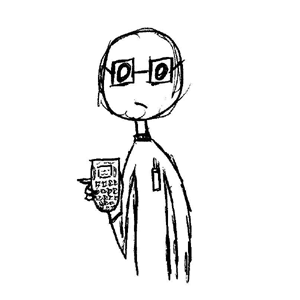 I'm not a fanboy of anything, really. I've had phases of obsession over things like Star Wars or Firefly but I've always outgrown them. Sure, I'll look back on them fondly but I'm not going to champion their cause or anything.
But Metal Gear Solid?
Son, I'm gonna be buried with a blue bandana cinched tight around my head, a SOCOM or M1911A1 in one hand, and a knife in the other. How do I know I'm truly a fanboy? Because I cannot accept any sort of criticism about the Metal Gear Solid series whatsoever. Now, what's funny is that I don't even get angry or anything about it. Instead, a sort of a wistful grin takes over and I just think, "Poor guy. He just doesn't get it." There's no hatred or anything, just...almost pity? Now, believe me when I say I'm not trying to be condescending, and that I'm not saying anyone here is truly criticizing MGS4. I'm just wondering if any of you guys are in the same boat as me. If anyone feels the genuine sorrow that a human being could be so negative about something so beautiful. And Hideo Kojima is a beautiful, beautiful person, especially when someone's photoshopped an exclamation mark floating above his drunken mug.
So, who cares if Meryl's hair looks like solid rock or about the progress on animations? Isn't it obvious that Hideo has till 2008 to finalize everything, and that we shouldn't worry about graphical shit till then?
Or what about trying too hard to make Raiden look cool? What? First of all, Raiden looks AWESOME. Second of all, Raiden looks COMPLETELY RIDICULOUS. He's half joke, half badass.
...and isn't that Hideo in a nutshell? This is why I'm buying a PS3. This is why I live.

I was thinking about heading back to college, but just wanted to know some of the useless classes out there and your stories with them, so I don't waste my money taking stupid fillers opposed to taking something fun or useful to get all my credits in.
~
A useless class I had was "Colour Theory". I didn't know why this class was so expensive, though you needed to have a $200 set of coloured notecards just so YOU KNEW which was Red-red and which was just Red. We were also forced to endure a Robin Williams film, twice, and do a report on it. Though the only trouble I had was constantly arguing with the faggot of a teacher that the colour spectrum was infinite, instead of finite. What a waste of $1,000. And those notecards that costed $200? Though I found mine in the trash a quarter beore the class, I only used them once for the class, and that was it. And for the projects, I just used markers, and still got an A, so there was no point in buying them.
~
I also had a "Quanitative Literacy" class that I got stuck in since the school wasn't brilliant enough to support even basic math. This class was meant, imo, as before-preschool math for illiterate idiots.
Shit like 'Binary Logic' was taught, where only 1's and 0's were added or subtracted to either get a "1" or a "0". Basically you had a 50/50 shot at it... but people went frequently off the tangent and posted 2, 3, 4, etc... they would stay hours after class trying to learn this shit.
The teacher wasn't as bright either.
At first, we enjoyed his stories about how he made a million bucks by a best selling book of stock market shit... but he would repeat it almost every other day.
And the tests... oh my god... what an epic fail that was.
The guy gloated about how he was such a smart ass, but he would fuck up the questions in the tests so much (sometimes over half of the test) that I got used to checking his questions if they were ever even possible, then scribbling in and circling (E) next to my own answer (That made solved his messed up question), since all the other answers were wrong.
Eventually he got pissed at me for doing that, as I was rubbing his nose in his mistakes, so he gave me the exception to skip class when I felt like it (to either sleep or catch up in the other classes) since he knew I was smarter than he. I guess it didn't take much to be smarter than the class.
When the final came, he said it would take up to 2 hours. Took me about 30-40 mins. For some, I've heard, it took 4 hours. Wow...
So I bring up the test to him, he takes it, and says "Have a great summer!"
Me: Aren't you gunna check it?
Him: I'm pretty sure you aced it.
Me: Just check it, will ya? I'm curious.
Him: *grumbles and checks it*
Him: There, A+ *writes it in bold*
Me: Good, just wanted to see if 'you' missed any questions.
Him: *glares* Bye.