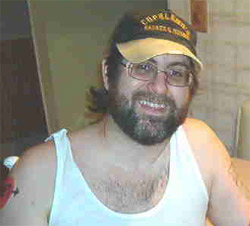 When the wind makes the choo-choo noise that means things is about to be put right.People Earning Less Than $20,000 Annually

You might as well be kids at a 19th Century London orphanage. All we have for you are credit card offers and check cashing businesses. Hey, want to rent a couch? Nobody else does, but we figure somebody has to be stupid enough to rent furniture. Vote for whoever you want, sticking up for you is political poison because you're nothing but a drain on our proud nation. Minorities earning less than 20K annually are the worst. At least the whites have the good decency to move into trailer parks located adjacent to toxic waste dumps and calmly wait to be vacuumed into the sky by God's erase tool.

You earn just enough to pretend to be middle class if you spend every dime you take in on mid-range electronics with built-in obsolescence. We will bombard you with loan offers, credit card offers, and political mailers until you are saddled with as much debt as the country you've ruined with your moronic voting patterns. Everybody loves buying shit, nobody wants to pay for it, so why worry now? How about a 60-inch TV? No, sorry, Sony is for the next rung on the ladder, but we have a very functional Magnavox with a built-in DVD player. It's the exact same thing as the Sony, only it's designed to melt into a pile of slag after exactly 25 months. Now how about that 2-year replacement plan?

PHEV, we don't even know what it means. This car runs on bullshit and smoke.People Earning $50K-100K Annually

Loooooooks like somebody went to college. Aren't you all high and mighty with your seven year old Volvo and your boxed wine and your book shelves holding books instead of DVDs. Yeah, you think you're so much better than the rest of us! Well, let us remind you that you have a liberal arts degree and we have carefully turned the word "liberal" into something akin to "Hitler". So you have a Hitler arts degree. Now who feels so high and mighty? Don't worry, we're not going to leave you out. We have plenty of eco-friendly bullshit and hybrid cars to dump off on you. Anything to assuage your guilt about ruining the planet. Ohhhhhh, poor planet, hey maybe you want a reclining bicycle or an Indulgence. I mean carbon offset, whoopsy! Shut up and buy some biofuel for your Volvo.

Welcome to the human species. You aren't necessarily able to buy whatever you want whenever you want, but your disproportionate buying power means most of our marketing is going to be aimed straight at your wallet. Don't worry, we'll be very gentle. After all, pollsters and market researchers mostly fall into this category.