So the wind is out of my sails about this GQ extravaganza. I mean, don't get me wrong, I am super pumped. And honestly only fruits and old ladies read people magazine, but if you are buff as shit like me the fruits will get the word out and put you up on paris hilton with a heart around your crotch which is more page clicks or whatever.

As for Bristol's people magazine article. Let me dispel some shit in there. First of all, look at this bullshit: 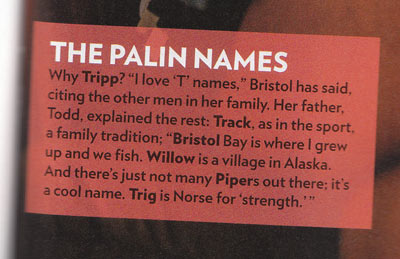 "I love 'T' names." That is about the level she is operating on with that shit. I must have put a good five minutes into convincing her Wayne was the way to go but she was like "T is funner" or something totally retarded. I just glazed over and went back to playing madden. I talked all about this shit before, but goddamn I still cannot get over Bristol sometimes. Just to piss her off I'm gonna start calling Tripp Wayne every time I'm on visitation.

Second thing I saw that made me heat up was this: 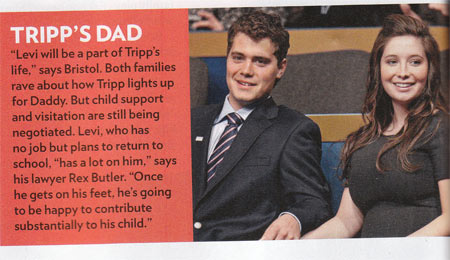 Rex Butler can go suck a donkey dick. He ain't my lawyer. My mom said he was good but that dude - fuck him. He doesn't know me. "Contribute substantially." I should contribute your shirt up over your substantial head , bitch. Work your kidneys with no gloves like I'm trying to break a pin on WWE for xbox.

Substantially? Please, bitch, I dropped about ten substantial megatons of Johnston up in bristol you wouldn't be acting like that wasn't no substantial contribution if you saw her trying to crabwalk bow legged into the bathroom looking like that movie where that yogurt stuff comes out of a comet. Night of the Comet I think it was called. I saw that on TBS last week but I was so high all I can remember is like somebody running. Was that in that movie? A guy running? Whatever. 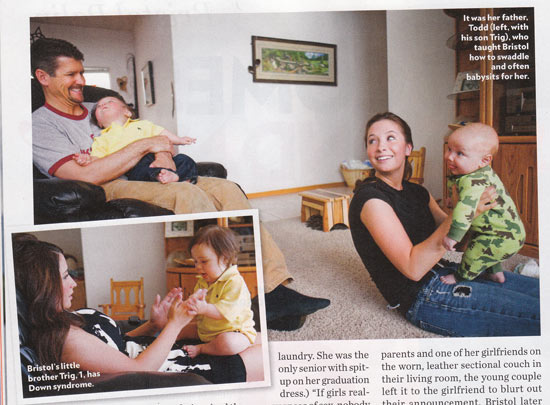 I cannot fucking believe the Palins are still rolling Trim out there acting like he's their baby. They don't even want that kid. They keep him in a bird cage with a seed bell and he doesn't even got NO TEETH. Like maybe three teeth tops. When I come visit he's chewing on paper in the bottom of the cage and he starts making that prprprprpr sound to get my attention. I always bring over sausage links for him and some baby mice. If you want him to go crazy put a goldfish in a jar and give it to him. Eventually he'll just bite through the glass, but he spends like ten minutes trying to get the jar open first.

Anyway, Todd and mrs. Palin do not give a fuck about Tort. Bristol sorta does since he's her baby, but since he's all messed up mentally (according to doctors, not me, I think he rules) she turns up her nose to him in public. I don't mind being seen with Trot. I put him in a papoose and take him all over town showing him off. Girls love seeing him. I will even play hockey with him in that papoose thing. Tough little nigger can take a puck.

Oh, and me and him have been brainstorming pretty hard on this idea. I'm going to unroll it soon. It's called Levi & Tring Johnstons Babyland. It's like the perfect thing for our mutual benefit in the future. Fuck this GED shit I am going ahead with this Babyland plan, but that is for the future. For the time being, check out GQ and whatever you do don't read People.

Oh and if you are a fucking huge ass moose I am coming for you bitch. You and me. You are going down.