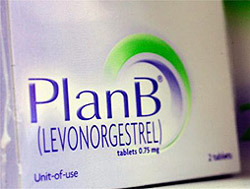 plan c is wreck your jeep and plan d is fake an electrical fireEventually you just got to throw the hotdog down the hallway and see what happens. If you don't want a baby or whatever then I guess wear a condom.

That's what they say, right? I think those still work.

Honestly it's like chocolate and wine and shit, always with the studies and the one day it's good for you and the next day it causes cancer. Every year they say a new thing keeps you from having babies like one year it's implants, another year it's sponges, and then the year after that it's uterine cysts or whatever. I don't even know where you buy those.

And then they have that morning after pill. We tried that. I went to the pharmacist and he was like "it's against my religion" and I was like "what religion is that faggot? Is it the church of I'm about to get my face put through plate glass by me?" I was gonna do that too but the dude went to the same church as mrs. Palin where they fight ghosts or whatever and I knew it would get back to her the next time they went to kill a werewolf out in the woods.

So I left that fucking gay as fuck pharmacy and went over to CVS and the dude there was like "no problem dude, when did you have sex?" and I was like "when the fuck don't I?" Then he was like "no, I gotta know it only works 48 hours after you got that bitch pregnant" and I was like "well let's say a week or so and you just give me three pills."

But fuck I guess there is some rule against that so that shit doesn't work either.

So the other thing I wanted to say, which I guess what really my point is that now that Bristol is on TV all the time too where the fuck is my TV show? I saw that bald fuck who always wore turtle necks has got his own TV show in Israel or whatever. 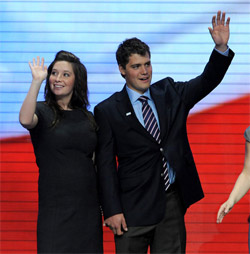 If I ever get a tv show one thing I will demand is some giant screens playing cool shit like PRedator and trick shots from hockey night on a loopYou know who I'm talking about, that dude who looks like the kind of fucker who would talk on his phone while waiting in line at taco bell and then get to the counter and act like he just realized there was a menu and spend ten minutes picking out what his bald ass wants. And then he'd pick some retarded shit just to get you mad. Like a cinnamon twists and a tostada or something really bullshit like those fruit drinks for huge homos.

That motherfucker has a TV show. Can you believe that shit? What could he even do?

I could do all kinds of sweet TV shit. I could do hockey announcing, I could do advice like dating or fucking advice or whatever. I could talk about how to throw a fucking sweet kegger. I could talk about wrestling. You name it. Poltiics. I could do that shit too. I'm intellectual as fuck now after almost becoming a duke. Like did you know that bambarama lived in Indiana as a kid and went to a mattress school? That's what shawn hannity said and that fat ass abbot and Costello looking motherfucker is the truth.

Fox News ring my ass up and give me some hot chick with legs to sit next to me. Put her on a stool. There's your show. I'll just yell shit at her and call her dumb and if she fucking looks at me sideways I will pull her sweater over head and push her stool over backwards.

My theme song would be me chanting U-S-A or maybe that song from Pineapple Express that shit is cool too. I could do some weather or something too if that's what you need, just don't put my show on before 10 AM because I am never up by then.

Anyway fuck that. Do what you want.