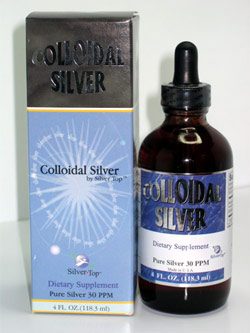 Colloidal silver is a concoction containing tiny particles of silver in a liquid suspension. Claims about colloidal silver's curative properties include a Greek diner's menu of healing properties commonly associated with false-hope cures. Advocates believe it can treat everything from cancer to AIDS to malaria. There is no scientific evidence that colloidal silver is effective in treating anything, including colloidal silver deficiency, and it has an impressive list of side effects and health risks.

The properties of colloidal silver cannot be discussed without discussing libertarianism and Stan Jones. Many libertarians believe that the FDA is an evil organization that interferes with Americans and their ability to receive treatment.

The cause of choice on this issue has long been colloidal silver and many libertarians (though probably not the majority) buy into the idea that colloidal silver is a better antibiotic and anti-everything treatment than the drugs "they" want you to buy. "They" in this case is the libertarian fantasy of a sinister world government being controlled by the Trilateral Commission and a mixture of European socialists bent on denying honest Americans their toxic medicines. 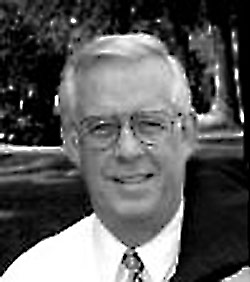 One libertarian politician takes colloidal silver so seriously that he has ingested it as a dietary supplement for years. He started in 1999 out of fear that medicines would no longer be available in the aftermath of the Y2K doomsday.

Stan Jones was most recently seen in 2006 running for the Minnesota US Senate Seat on a platform of whatever lunatic crap Minnesotan libertarians support like guns for babies and no more Fish and Wildlife Act. Stan only managed to garner 3% of the vote, but he handed the election to the Democratic candidate in an upset victory.

What I have not mentioned is that as a result of quaffing colloidal silver all the time, Stan suffers from a permanent condition called Argyria.

You see that picture of Stan? He looks like a nice guy, sort of like Wendy's founder Dave Thomas. The sort of guy you'd want to buy a burger from and maybe invite to your church barbecue.

Well, here is a color photograph of Stan Jones: 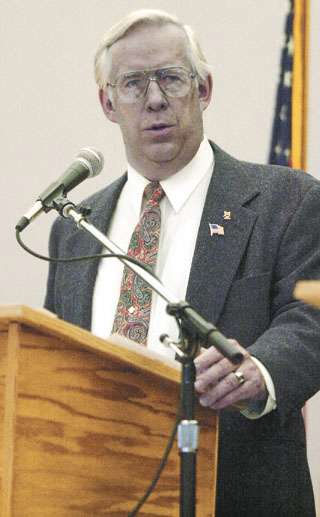 Notice anything unusual? Argyria, one of colloidal silver's most predictable side effects, turns your skin irreversibly blue. That's a pretty big side effect. On the plus side, it allows the rest of us to easily spot the most insane libertarians.