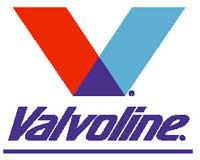 A happy ending for all as they ride off into the sunset together.There follows a very engrossing scene in which the alien family is made to explode in a fiery inferno of death as apparently one of the evil government men accidentally had some Super-Explodey-Bullets in his gun instead of the standard issue .45 caliber. Praise hell, hooray, let there be celebrations abound, the alien slugs are finally gone! But wait! What's this? Eric the cripple appears to have been killed in the blast! But he was a crippled retard! He can't die! His legs didn't goddamn work! His mother rushes in and seems eerily undisturbed that her son has been killed. Behind her, through the flames, there appear shadowy forms, barely discernible from the raging hellstorm around them. As the slow seconds drag on, it becomes sadly obvious: those stupid STD's with legs are still alive and they are coming out of the fire to try to save Eric. MIRACLE OF MIRACLES, they have only to wave their hands over him a few times and whistle through their non-lips and Eric is alive again, anxious to return to his life as a lonely crippled boy in the suburbs of Los Angeles. Huzzah and merry meet.

What kind of ending could a movie of this exquisite beauty possibly have, you ask? Well, here are some possibilities to consider:

The Predictable Ending: The government goons could have gotten ahold of the freak-family and sent them back to La-La Land to suck goo out of the ground for nourishment and live their pointless, stupid lives. The family is happy, the humans are happy, the Earth is saved from having to look at their disgusting, misshapen bodies and listen to their disturbing lipless whistle-speak. Celebrations run rampant.

The Violent Ending: The government could have decided that they were going to eradicate the alien threat once and for all, so they drop a series of Hydrogen bombs on Southern California. Thankfully, they dropped so many bombs that the entire state of California breaks off and falls into the ocean like those scientists keep saying is going to happen when the "Big Quake" finally comes. Any day now, people!

The Sappy, Vomit-Laden Ending: Despite their best efforts, Eric the Cripple could have bitten the big one and gone to that big camp for retards in the clouds. The aliens are greatly saddened by their failure to be of any help so they offer to spend the rest of their lives in slavery at the local car wash where they use their natural slime coating to provide cost-efficient wax alternatives for people's vehicles.

The Surprising Corporate Ending: The aliens, after reviving Eric, are overjoyed at their success as healers and take all of the humans present there to the local McDonald's for a Big MAC. Hyuk hyuk. Then they all enjoy a bag of Skittles and a can of Coke, after which they head on down to the local Sears to buy some Valvoline and another as-of-yet-undisclosed product sponsor.

The actual ending to this movie is even more horrifying and ludicrous than any of the alternatives presented above. The alien freak-family, with support of the US government, BECOMES FULL US CITIZENS AND ARE SWORN IN AS RESIDENTS OF THE UNITED STATES OF AMERICA. At the ceremony are all of our heroes, including Retardoboy, Electrocuted-Girl, the Predictably-Teenaged Brother, Flake-Mom, and Sellout Sister. Also in attendance are the aliens themselves, who are dressed as a cruel joke to disturbingly resemble a family from a 1950's sitcom. After the ceremony there is much rejoicing, and the family of Ugly heads off down the road in a pink Cadillac convertible with a sign on the back that has inspired more horrific dreams in the past few nights than I will ever be able to relate. It says, "WE'LL BE BACK!" If, in fact, the sign is accurate and they will be back, I personally want no part of it. In fact, if they do come back, I will be waiting in close proximity around a corner with a high-powered semiautomatic weapon such that I can shoot the pus-filled boils out of them before turning the gun on myself because I am so disillusioned with our country for creating such swill. The only reason I escaped suicide this time was because I felt a burning urge. Sort of like the urge you get when you have to urinate but when you try it feels as though you are pissing a stapler attached to a riding lawnmower. But this urge was the urge to tell as many people as I could about this disgrace of a movie in the hopes that somewhere, someone will find the person or people who are directly responsible for what happened and take it upon themselves to do what every red-blooded American should do: pour them a nice, cool glass of Coca-Cola.