Proposition 2 - "The Chicken One"

Continuing the gay theme of this update, I'm recommending a yes vote on Proposition 2. My support for this measure isn't so much about animal rights than it is about revenge.

I used to be one of those guys who bought cage free eggs. I figured it was a good compromise. People who want chickens treated better will pay a higher price to do so. Those who don't can continue to pay lower prices for eggs. You know, free market and all that nonsense. 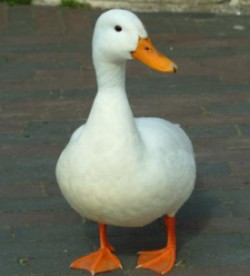 Hens that are allowed to extend their wings and go out for a smoke every once in a while live longer, healthier lives and produce eggs that glow in the dark.Then I realized that just because it says "cage free" on the carton doesn't necessarily mean more humane treatment. In fact, some of these cage free hens are better off in cages.

The "free range" movement was marketed as if chickens would be chilling on Old MacDonald's farm and shitting out an egg every once in a while like Yoshi. Instead, it's cramped conditions in dark, filthy warehouses where chickens just piss and shit everywhere. And I was paying, what, 4 dollars a dozen to support this? Fuck eggs.

Since these so called free range farmers didn't hold up their end of the bargain, they all get to suffer through eggs that cost pennies more to produce, costs that will only be passed on to consumers who will hardly notice, if this measure passes. This will surely make or break many farmers struggling to survive. California may lose millions of dollars because of egg producers that left to other states or even the country just so they could stomp on chickens' heads while jerking themselves off.

We might even have to import our eggs from, God help us, Mexico. Whoops, I mean huevos. They don't screw around with chickens down there.

The joke should be obvious here.

It wouldn't be a California election without parental notification.

I'm pro-abortion. No, not pro-choice, but pro-abortion. Abortion is simply a tool used to prevent unwanted births, nothing more or nothing less. This means abortions should be readily available at low, low prices. The stigma associated with getting an abortion should be removed through hip advertising campaigns that paint abortion as the hot new trend all the cool girls are participating in.

Maybe it could be like a Sex in the City thing where these teens strut around with their designer handbags and walk into an abortion clinic and spread their legs. I could see that commercial running on TV.

In any case, anything that gets these whores to terminate their pregnancies is a good thing and anything that stands in the way of that is a bad thing. I'll tell you what the real danger is. A girl not getting an abortion because she doesn't want her parents to know, waiting until it's too late to terminate the pregnancy, and then giving birth to a kid that's only going to grow up and carjack you.

I can fear monger too, you know.

People don't always vote so much on the actual text of the law a proposition is based on but on the ideology that led to its creation. Regardless of what Proposition 5 specifically does, it breaks away from our failed drug control policies to offer something that may just be more effective, treatment as opposed to jail for nonviolent offenders. As long as a line making the act of shot putting newborn puppies off a cliff legal isn't buried somewhere deep in the text of the law, I'm okay with it.

The idea is that the guy who stole my stereo, if he did it to feed a drug addiction, would be offered rehabilitation instead of jail so that when all is said and done, he hopefully loses his insatiable lust for drugs and thievery and becomes a productive member of society.

Of course, it doesn't always work. But then again neither does our ridiculous "war on drugs".