Fans are excited about the wild new trailer for the upcoming Cats musical movie. Will their favorite characters be featured in this adaptation of Sir Andrew Lloyd Webber's Broadway masterpiece? What new characters might be appearing? 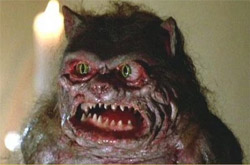 Rum Tum Tugger - This contrarian cat always wants the reverse of what he is offered. He is a selfish troublemaker.

Grizabella - A wise cat who sings the song "Memory" about her life as a domestic cat before being abandoned by her human owners.

Macavity - A Latino cat with a dead tooth. He lives in a toilet.

Skimbleshanks - Wears the skin of another cat and hunts his own kind for sport. His greasy, scabby flesh allows him to slide down pipes.

Bustopher Jones - This cat rules over the junkyard and is full of worms. When he shits out the worms he doesn't know what they are so he eats them for nutrients.

Mungojerrie - A cat that figured out how to use a gun. Always - ALWAYS - extremely wet for some reason.

Rumpleteaser - Writhes through a dumpster full of dirty diapers into his hidden spot under a box where he breathes in paint fumes until he passes out.

Jennyanydots - Run over by a motorcycle, her lower half is smashed and rotting as she drags herself through the alley and slowly dies of sepsis. 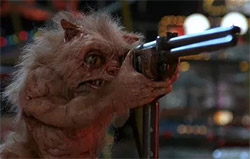 Old Deuteronomy - Elderly cat. Has a face covered in so many ticks he can no longer see.

Mr. Mistoffelees - Chased out of his hiding place by dozens of rats in the middle of winter and will probably die in the subzero temperatures.

Jellylorum - A cat that won't stop licking plastic bags. Will starve to death rather than stop.

Growltiger - A hateful cat that leaps at strollers and baby carriages and tries to scratch the faces of human children.

There may be more characters! We're not sure yet! But what we do know is that Andrew Lloyd Webber's fantastical magical musical is finally coming to life and we can't wait to go to the Heaviside Lair! 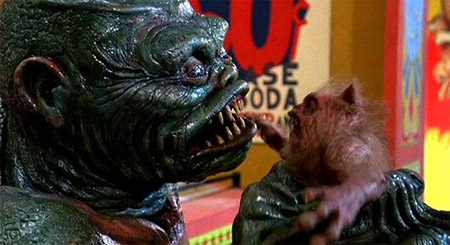