That's just the pregame show though nigga. Let's talk about the BS pageant. Let's talk about why a nigga got to go all the way down to X Block to see the show even though its bein done in a yard like yard dogs instead of main hall by the big eat? Yall think goin down stairs is no big deal but yall try goin down 20 floors of stairs. That shit ain't fun at all. Then you got to come back up and your legs already feel like you got stabbed in the hamstrings by some pet sematary nigga.

You get down to X Block - yall ever been down there before? - it is creepy as hell. Walls all hot and sweaty. Got weird machines up in the ceiling. Goddamn even main floor in there is creepy as shit. All green lights flickerin and weird symbols on the floor. Ninjaturtles lookin out of visors all haunted like they seen ghosts come out of pipes or somethin and dead old ladies floatin on computer screens. Shit only know what Randy Curdo show them niggas. Creepy old white boy probably got mpegs of shit you cant even do without ghosts. 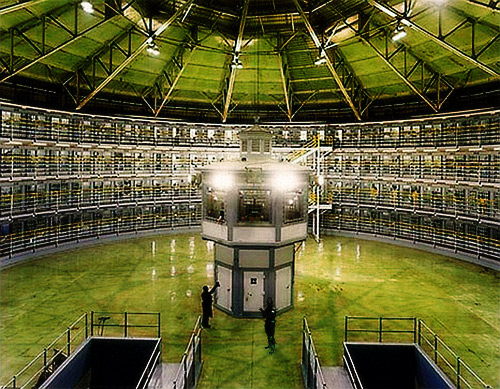 Goddamn creepy like a old lady crackhead desperate for money. No bitch I am on the phone you cant suck my dick. Aint you friends with my grandma anyway? Damn. The price of bein on the outside, nigga.

So we sit down on the floor down in X block and the floor is hot like a skillet, make your ass sweat so bad you think you shit up your draws. Nigga come out in a robe in a beard, start waving some sort of pole around with gems on it, talkin in latin or what have you. That was alright. Some lights flew around the room. Don't know what sort of clavo shit they pulled to do that.

Then all these niggas come out in weird KKK robes only they was the wrong color. Some niggas of course freaked the fuck out and got put down with sleepy stuns from the ninja turtles. There was some music sound sort of like you take a grinder and put it to some metal. A few drums beating. These niggas all chanting in some weird language. Some big nigga come out and dump ashes all over, put them in weird symbols on the floor. 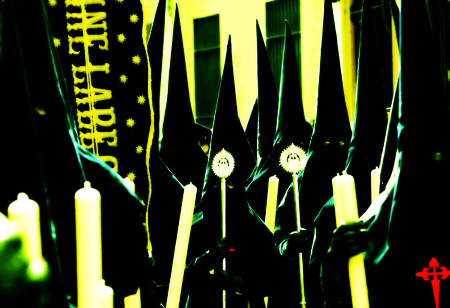 Yall ever heard of three wise men i mean goddamn. I aint no expert on baby jesus but he would not tolerate this wizard shit yall got goin. Then some dobs niggas came in with this big ol fuckin tank and they just start sprayin sticky shit all over the place. Coverin us up. I thought it was puddin at first, but it was all red and then there was a window on the dobs tank and you could see shit bobbin around it was fuckin hearts. What kind of clavo mess that was I do not know, but I know back in betheltown with the mangers and shit aint no dobs sprayin shit everywhere.

Department of Body Science my ass nigga. Shootin probably blood all over a Christmas pageant. That is not christian at all that is just fucked up malt liquor. Then they was chantin and holdin hands in a circle. Then they brought out some inmates. Look like Mario Brothers Matt, Pussy Ted, and some Z Block nigga look chinese with a weird symbol on his pajamas.