Every now and then, writing for Something Awful begins to take its toll on the souls of our writers. Sure, our trademarked brand of baffling, irreverent rambling is what most of you come here every day to see, but we writers occasionally need to open ourselves up to new avenues of creativity to keep the job interesting. Experimenting with new styles once every few eons prevents the hundreds of suicidal thoughts we writers face every day from becoming sweet reality. Many times, these are terrible failures and provoke angry letters which detail how and why we are assholes for attempting to provide free entertainment for you fine people. These letters often back that statement up with intelligent and convincing arguments that usually involve misspelling the word "faggot." Despite that, today I have chosen to make a bold move and venture off into a less humor oriented territory in order to express my powerful dramatic side. I have written a story which is serious and filled with deep meaning and meaningful depth. It deals with issues close to my heart, as well as issues situated in both my lungs and kidneys. My hope is that the story will provide you with cherished memories, and will be something that affects you in a way that a normal article simply can't.

I call this story... 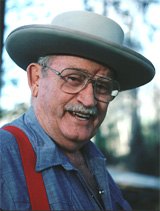 Wilson walked for days on end, creating far too much distance between him and his home to logically warrant returning to get his car, which he forgot. It wouldn't have mattered anyway, as the car Wilson drove ran on an explosive substance known as gasoline, which surely would have killed poor Wilson. He pressed on for miles, stopping only to eat, defecate, and eat his defecation. He loved the towns he was in, and his mysterious quest. He said "I love you quest." and he had sex with the quest. It was then he realized that all along, the one true love he was searching for was the quest itself.

Wilson and his magical quest were wed in Las Vegas to the tune of Inna Gadda Davita and the two lived happily ever after, until one day Wilson beat the quest with his belt, and encouraged his three other wives to do the same, lest they get beaten. Lasting well through the night, said beating ran on even longer than the previous run-on sentence. This joyous occasion brought Wilson back in touch with his three wives who existed in the physical plane. His first wife was the mop, a beautiful figure with long, thick hair. Then there was the alluring second wife, the phone operator from MCI who calls during dinner. Finally, there was Wilson's most prized of all his wives, his flesh wife. She had long since died due to murder complications, but remained in spirit inside of Wilson's heart.

An outraged public demanded the release of their beloved Wilson from his shackles, and through their dealings with a delightful talking cricket, the public's wish was granted. Said cricket was the charismatic head of a powerful, prestigious crime family, and thus had influence in these situations. While in jail, Wilson fell for the old "soap in the shower" ruse. He fell so hard in love with it that he wed the soap in the shower ruse and started a new life with it in Flint, Michigan. Abandoning his other wives was heralded as genius by viewing audiences, and his approval rating shot sky high. The public couldn't get enough of the man.

The moral is a moral about forest fires.

Truly, an epic tale for the ages. Thank you for reading, and thank all of you who will surely write me e-mails requesting to know what drugs I have taken. Goodnight!