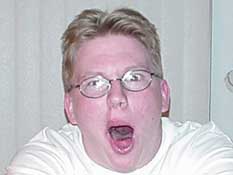 The star-studded movie "Dungeons and Dragons" infested my television screen last night while I was in a weakened state and unable to change the channel. I own one of those TV sets that are impossible to turn off without using the remote control, a large, cryptic, confusing slab of plastic that has more buttons than an Eddie Bauer outlet store. I've had my TV set for over a year now and I still can't figure out what half of the keys do because every time I push one them, the television displays some bizarre flashing menu written in an alien foreign language translated from another alien language. The buttons don't only have random words printed on them, but they also have random words written above them in an entirely different color. In addition, the buttons are different colors and shapes, making it look like a nuclear rocket control system designed by eight-year olds. Alien eight-year olds. With Down's Syndrome. I'm fairly sure that my TV has that useless picture-in-picture feature, but I'll be damned if I can ever get it working since the only time I attempted to activate this feature, men's gymnastics appeared on the main screen and some Cinemax softcore porn appeared on the smaller screen. I kept squinting to discern the women's breasts from the surrounding pillows and floral arrangements in the background, but my eyes would eventually wander off and were greeted by bulging spandex crotches rotating around a brown log thing. My attempts to turn off the television were in vain because I had forgotten the 500-digit secret combination needed to access the 700-digit secret combination required for the process. I eventually ran out of the room and attempted to sell my apartment from a pay phone in another city. Nobody bought it though, as the stench emanating from my carpet was known by law enforcement officers in the surrounding counties.

Needless to say, I was forced to watch "Dungeons and Dragons" last night because my gigantic yam-filled gut was interfering with my ability to fight gravity and track down the remote control. I had heard rumors about how terribly poor "Dungeons and Dragons" was, but I merely dismissed them with a flip of the hand. "Poppycock!" I would shout while flipping my hand in a way to properly dismiss them. "It can't be that bad! I've reviewed movies where the main character was a hunk of wood or a rabid Christmas tree ornament! How bad could it be?"

Well it turns out that the movie is very bad. Not like "man, that gallon of expired milk I drank tasted bad," but like "the time I passed a gallstone the size of a horseshoe through the inside of my dick was bad." I'm not sure what the plot was about, but it involved dragons. Lots of dragons. If a dragon shipping truck hit another dragon shipping truck on the I-405 and they both blew open, that would be half the number of dragons involved in this film. Jeremy Irons plays the role of a man who has lost any semblance of a career while acting as Mage Profion, the evil magic wizard from hell guy. Mr. Irons apparently developed some central nervous system disease over the years, since each time he speaks any word in this movie his eyebrows shoot up and bulge out as if there are tiny elves pushing them from the inside. After acting in "Dungeons and Dragons," Irons went on to film "Ohio Impromptu" and "Night of the Iguana," which leads me to believe that the good mage should probably cast the spell "revive career" as soon as possible. Oh well, at least the movie didn't kill him like "Street Fighter" did to Raoul Julia. 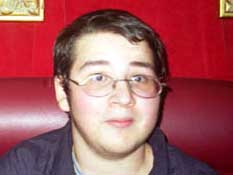 Mage Profion wants to take over the kingdom of Computer Graphic-tania because he is evil. However, Empress Savina is in charge of Computer Graphic-tania and she rules with a set of laws that sound were written by failed Miss America contestants and freshman liberal arts college students. Half of the movie is dedicated to her long-winded boring diatribes about how everybody is created equal and everybody should be considered equal and we're all the same and all the colors of the rainbow are grey and inside all of us we have the same blood and guts and gooey stuff that would make a really gross sound if it was run over by a minivan. Just listen to one of Al Gore's campaign speeches while staring at a picture of Queen Amidala from "Episode One" and you'll be able to recreate the same experience without running the risk of seeing that annoying Wayans brother act like his skull's being inflated with a bicycle pump. Her idiotic equality speeches were such hokey bullshit, especially when you consider that the movie is based off Dungeons and Dragons, one of the most racist games ever. Think about it; one of the first things on your silly D&D character profile sheet is the category "RACE." Certain types of magic, attacks, and other crud can only be done by certain races, making it impossible for one race to ever be equal to another. That kind of crap drove me nuts when trying to play the game since I can never remember what race / class can do what painfully asinine thing. 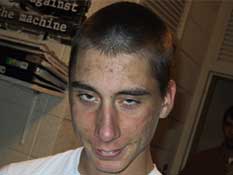 In addition to the inherent racism of the game, Marlon Wayans played the role of "Snails" in the movie, a crazy jive-talkin' slap happy stereotypical hip-hop homeboy. The movie's directors should've just called him "Stupid Nigger" because that's apparently what they thought of him. "Hey look! Let's cast a black guy as the inept and cowardly sidekick in our crappy movie!" the producer must've shrieked while snorting up his third line of cocaine. "Then we'll reinforce every negative stereotype of black people only it will be funny because it's supposed to take place in medieval times! Maybe we can dig up Al Jolson from his grave, slap on some black facepaint, give him a bucket of fried chicken, and toss him in front of the camera while we run electric current through his corpse and play Chris Rock standup comedy routines! Everybody likes a stupid nigger!" Wayans, however, got the best deal out of any cast member because his character was killed halfway through the film, saving him an additional 40 minutes of humiliation. Choke on that, you whitebread chumps.

Much like the movie itself, the game Dungeons and Dragons bored me to tears when I tried to play it. My friends used to play D&D all the time in junior high school but I could never really get into it, invariably losing all patience with their stupid rules after the first 20 minutes. TSR, the cretins responsible for this movie, made roughly 10 million billion dollars from D&D rulebooks in the 1980's alone. If the CEO ever wanted a new house, he would simply think up new rules and make his company print them out and distribute them next to the Clearasil display stands in drug stores. You weren't "cool" unless you had the brand new "Orc Underwater Mildew Farmer Parade" campaign book that detailed the rules behind hitting a Confused Blue Wizard Sewer Slime with your +8 Sword of Huckleberry Hound Resistance. So I guess Wizards of the Coast naturally assumed that they could release any crud movie they wanted and their hardcore 1980's geek fanboys would somehow propel themselves out of their couches and stumble into the theaters during a Bawls-induced haze. Too bad all the D&D geeks from the 80's either turned into born again Christians or committed suicide by choking on their own 100-sided dice.

I don't really remember how the movie ended because I began alternating between sleeping and shielding my eyes behind a pillow for the last half. I recall the protagonist going into a treasure room, a bunch of dragons shooting fireballs at Computer Graphic-tania, and an orchestral score which never ever ever stopped playing, even after the movie was over. If I could've found the remote control, I would've changed the channel to something more interesting, such as male crotches in spandex. However, I didn't get to see any crotches and had to instead settle for a movie made by a bunch of dicks.

Fragmaster has reviewed one of my all-time favorite movies, the immortal "Bruce Lee Fights Back From the Grave," starring Bruce Lea. Yes, that's correct, Bruce Lea. The only affiliation Bruce Lee has with this movie is the fact that his name and picture were stolen and put on a film that didn't respect international copyrights. Fake Purse Ninjas ho! 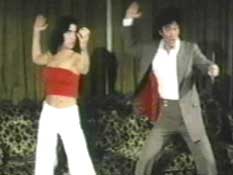 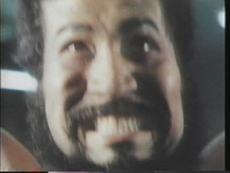 "Bruce Lee Fights Back From The Grave" is just one example of these miserable rip-offs. The title clearly implies that Bruce Lee or at least a zombie Bruce Lee is somehow involved, but this just isn't the case. You see, "Bruce Lee Fights Back From The Grave" stars Bruce K.L. Lea as Wong Han. At least I think that's what his character's name is supposed to be. Every time he says it, it sounds like "Want Ham." So I'll just call him Bruce. I guess I should mention that Bruce K.L. Lea doesn't look or fight anything like the real Bruce Lee did, but that's a given.

By the way, the company that distributed this film is called "Media." Media! That's like a construction firm being named "Wood" or "Construction" or "Build."