How to Explain eSports to Normal People

With the ongoing Dota 2 International having a prize pool above 18 million, eSports have begun gaining the attention of ordinary non-nerds. These people have no idea what is going on in the games or why anyone is even bothering to watch. Here's some helpful approaches for explaining the whole thing to these poor, confused spectators.

Welcome to the Future! (Dystopic)
The ancient notion of human achievement through sport has dissolved from the once proud Greek Olympic tradition to a twiddling of thumbs upon mechanical keyboards.

Welcome to the Future! (Utopic)
No longer must the taste of victory be limited to genetic disposition, allowing for a new world of sports equality.

Economic Contemplation
Sure, they might be nerds with limp wrists and they might have asthma and low level autism. Sure, they can't perform an interview without eighteen cringe moments and their acne is out of control, but these kids are competing for CEO money.

As if Television Programming is Any Indication of Quality.
In 2015, Dota 2 has been mentioned four times on ESPN, roughly twice the coverage of the entire NHL. Based on this information, eSports then ranks higher on the Coors Lite Sport Hierarchy than the Winter Olympics and all women's sports combined, but just below arena football.

Explaining to your Skeptical Friend who hasn't Played Videogames since Puberty
Just because they aren't using a controller doesn't mean they can't be professionals. They're geeks and their experts and they're way better than us. It's like when we played Goldeneye in your basement, except now everyone is using Oddjob.

The Gaming Traditions of yore Soldier on!
What started decades ago with some kids competing over Dig-Dug high scores continues on with a new generation of modern gamers. Though time has changed, they bring the same heart and spirit and they also can make actual money instead of just squandering their youth over Pepsi and rolls of quarters.

Here is Proof of Mainstream's Inevitable Consumption of "Nerd" Culture
First comic books become the most successful film franchises, then Battle Bots came back on air. It was only a matter of time before videogames would be considered sports. I look around and the only think we have left are furries.

Doth Saith the Holy Bible
Matthew 5:5 says "Blessed are the meek, for they will inherit the land," but the same thing now goes for Monster Energy endorsements.

This Whole Thing is Just like Sports
Swap out a basketball for a mouse. Swap out a football for a keyboard. Boom same exact everything. There is no difference between ambition and skill, there are only different tools.

This Whole Thing is Nothing like Sports
No sweating, slightly less butt smacking. Less about the human body and more about a gaming rig. The combination of mind and body is tilted heavily to favor the brain.

Hygiene Opportunist
Think about it: If hardcore nerds are viewed as role models, we might never have to shower again.

Gripping with a Painful Reality
You thought that these players were wasting their time with videogames but now they are traveling and making more money they you'll ever see by doing something they love. Also, they're still children. 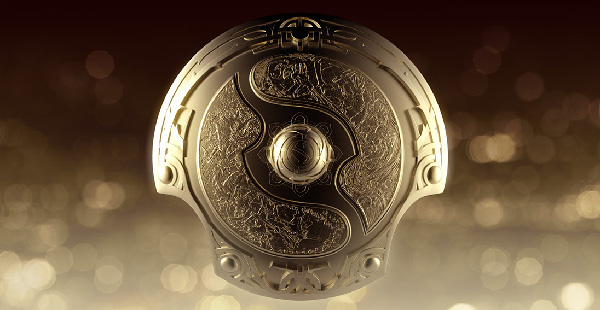