A Message From Your College President 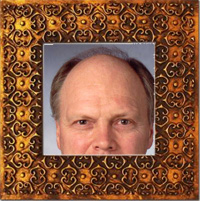 Why You Didn't Like It: In the two years I attended Kent State, overpaid turdbasket and University President Lester Lefton would send out weekly newsletters, where he informed us of how much he liked sports and events with a generic sense of all-purpose enthusiasm. These e-mails would often share helpful anecdotes about his bourgeois pig life in an effort to make his students forget forget that he keeps himself sequestered away in a multi-million dollar panic room. Unfortunately, I failed to realize that most Something Awful readers did not make the mistake of attending college for ten years, so this article was only relevant to those with six figures of debt. I'm sure these people are still laughing from their shallow graves. 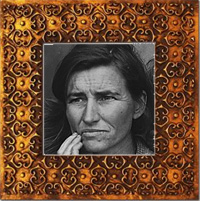 Premise: If you're not rich, you're going to starve because your house pets will have already ran away once you muster up the courage to eat them.

Why You Didn't Like It: When I accidentally overheard about the upcoming Greater Depression from a video game message board (I am informed and I vote), I knew I had just struck a vein of rich, comedy gold -- though later analysis revealed it to be one of the lesser comedy metals, like aluminum. What makes the failure of this article even more tragic is my own hubris in thinking I could mock a global economic phenomenon and not be affected by it later in life. If that isn't irony, then I'm not currently riding a bus to Wall Street with 13 pounds of dynamite strapped to my chest! 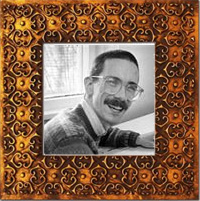 Premise: Calvin and Hobbes creator Bill Watterson is now a mythical beast who makes his home in the tundra of Northern Ohio.

Why You Didn't Like It: Make no mistake, Bill Watterson is the devil. Who else could create one of the best and most-beloved comic strips, only to retire to a life of J.D. Salinger-esque curmudegeondom where he can grow his mustache in peace without being bothered by all of the lives he's touched? I thought this article would drive Watterson out of retirement, if only to finally make a statement on his monsterhood, but it looks like my commentary on the famous cartoonist did a better job of avoiding public attention than Watterson himself. Or maybe you're all just stupid. Yeah. 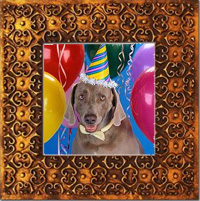 Premise: Comedy writer who stopped being funny years ago desperately scrambles to celebrate a landmark that's only meaningful to him.

Why You Didn't Like It: To be honest, I'm surprised you made it this far. Most of the people who I've told I write for Something Awful passive-aggressively inform me that they haven't read the front page since Bill Clinton was in office, so I tend to think that the only beings who stumble upon my articles these days are Google robots looking for materials they can safely avoid archiving for the future. And now that I've successfully thrown myself one hell of a pity party, I can be unfunny on purpose for once and end this article by saying that Something Awful has been the greatest writing gig of my life, and I've been proud to entertain you guys for the past four years. I'm not sure if I've got another 100 articles in me, but I'll keep writing if you keep reading.